Produced by Dean Fraser, “Just Can’t Deny” is a powerful lovers rock song that proves Bunny Rugs of Third World has one of the richest voices in Reggae music.  The single is a soulful and emotional journey topped off with a robust riddim.

Her singles are a combination of Reggae, Dance, Pop and R&B. These singles have been creating waves on the Finland Music Market and have received over 500,000 hits combined. “Understand,” was produced by T.J Records  and “Invincible”  was written and co-produced by Night.

As it relates to Invincible, Night states that: “I initially wrote this song for Erica Mena from the popular VH1 Reality Series, Love and Hip Hop but decided to record it myself because the lyrics are a true embodiment of the emotional difficulties I was experiencing at that time. Night is also currently recording with Truck Back Records, Andrews “Drew” Correa, DJ Zion and Star Johnson who is synonymous with Sugartime Sports Management.

Night was featured on 3 of Dancehall Artiste Baby Chams’ songs, one of which being “That’s How I Ride” and also “Right There” with Dancehall Star Spice. The move fromTOI to “Tracey Night” was simply because too many “TOI’S existed in the Music Industry and it made sense for her to create her own identity. The “Night” is a representation of a dark, mysterious and sexy female with high energy and intellect.

She has worked on various modelling campaigns such as: Sean John, and Nestle‘ to name a few and has been featured in videos such as: “Paid not Played” and “What I’m Gonna Do” by Award Winning Jamaican Reggae Artiste Buju Banton. 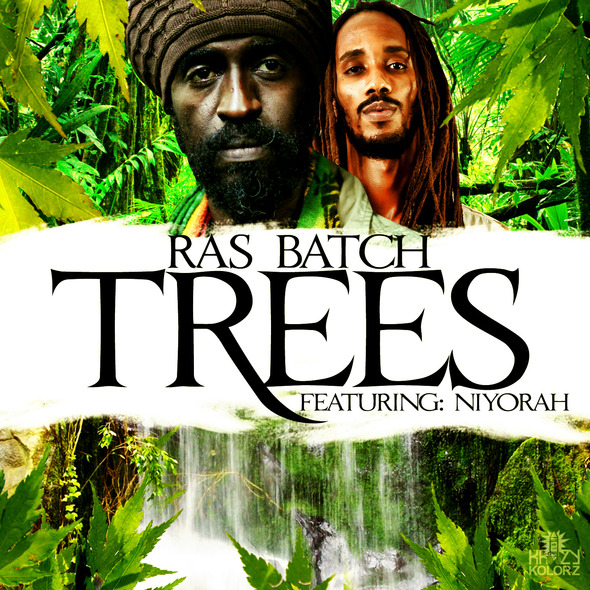 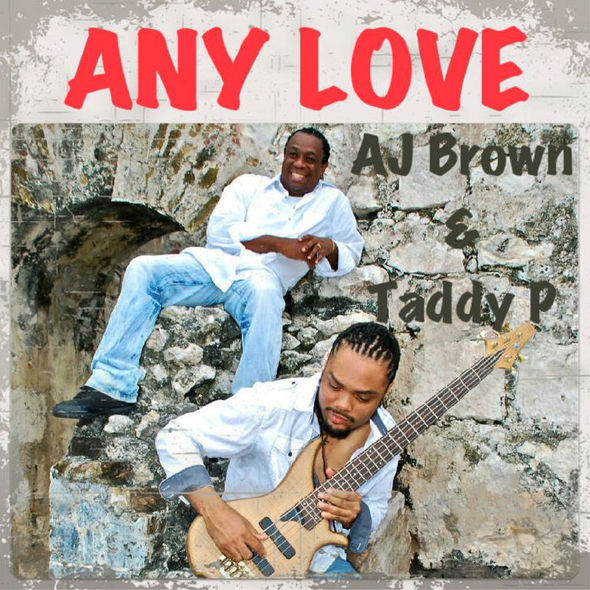 “ANY LOVE” Taddy P and Aj Brown is Dancehall Now

Known for his infectious bass lines, master Bass Player/Producer/Artiste Taddy P does not disappoint with his latest release, the reggae version of a classic from late R&B icon Luther Vandross “Any Love” done in collaboration with the incomparable AJ Brown.

Its less than a year since the release of his second album “Gimmie Di Bass” which features the hits “Heart of Stone” featuring Tanya Stephens, and “Leave The Crumbs” featuring Mackie Conscious.  Taddy P is currently creating waves with the Teddy Pendergrass cover “Come On Go With Me” featuring Evin Lake receiving lots of airplay on stations like Hitz fm, Irie fm, Mello fm to name a few.  It’s safe to say he has impeccable musical taste in choosing songs and vocalists to compliment his style of music – a unique blend of Jazz and Reggae.

“With ‘Come on go with me’ doing so well, I wanted to follow up with something just as good” Taddy P said, so he called on guitarist Audley Chisholm and keyboard player Alex Martin- Blanken to assist him in making the beat along with vocalist AJ Brown whose impressive range compliments a simply awesome cover.

Fans can look forward to lots more from Taddy P as he has quite a few performances lined up, including his role as one of the judges on the upcoming television series “Jamaica’s Best School Band.” 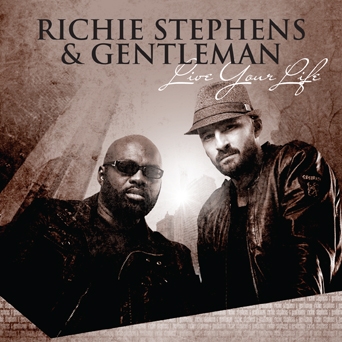 Richie Stephens is still celebrating the massive response from the hit single “Live Your Life”.  Now adding the final touches for the upcoming new album with Gentleman dropping November 27th 2012.

Coming soon is a brand new Beres Hammond studio album entitled “One Love , One Life.”  Beres Hammond is a master of romance, delivering smooth vocals over easy riddims on his upcoming 20 song, 2 CD release titled “One Love, One Life” (in stores November 13).  The tracks offer different versions of the winning Beres Hammond formula of soulful phrasing and memorable hooks. 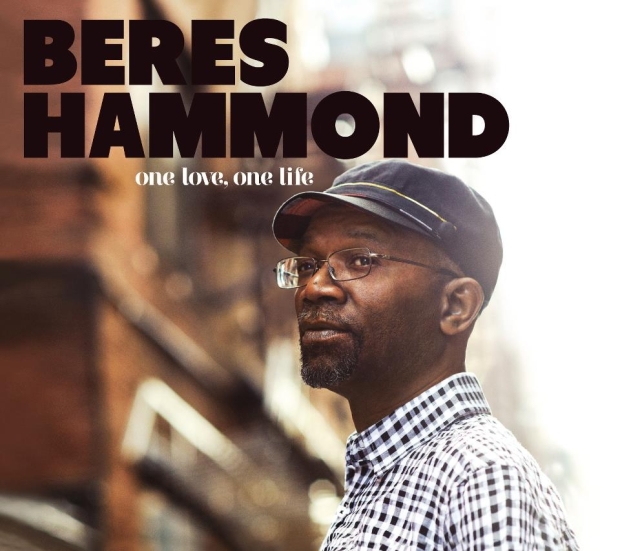 “Overtime” from Gyptian is featured on Reggae Gold 2012 and is the lead track from the Overtime riddim. Produced by Justus Arison (Overproof Riddim), the track captures Gyptian expressing his passions for the ladies as only he can. The mid-tempo groove has a strong appeal for females and the vocal performance is consistent with Gyptian favorites from recent past.

To celebrate this event, CROSSFIRE OF UNITY SOUND will perform live from Japan.  UNITY SOUND (Usa, Jap, Jam)  started in 1996 with two brothers Crossfire & Dready.  According to Dups from Black Chiney Sound “Unity is the first to put out a dancehall reggae mix cd ever” in 1997.  From that time, Unity Sound has released over 100+ mix CDs and has traveled to numerous countries & states like Cayman Islands, Virgin Islands, Germany, Switzerland, New York, Chicago, Japan, Taiwan & more.

Unity Sound currently consists of Crossfire & Bigga C in Yokohama, Japan, Arif Cooper in Kingston, Jamaica (Fame FM / Fresh Fridays / Fresh Ear label) & Dready in Florida, USA.  In Japan, Unity Sound is one of the most talked about sounds, playing parties weekly in Yokohama & Tokyo.  They have their own monthly event in Yokohama called “Unity Fridays”and hosts their yearly competition “The Unity Cup” which gives the young selectors a time to shine.  They also are featured regularly on Tokyo’s hottest Friday night party “Fever” at Ageha, and the bi-Monthly “Emergency” dance in Yokohama.  Unity Sound travels throughout Japan in cities like Nagoya, Sapporro, Osaka, Kobe, Okinawa & more.  Their Mix CDs are among the top selling CDs in Japan.

Unity Sound’s official APP for iPhones & Androids is free and available in your app stores.

Terri K talks with Timeka Marshall about her Guyanese roots, transitioning to the music scene in Jamaica, her modelling career, and her passion for performing.  DOWNLOAD

Listen in as this Dancehall Now podcast features female Jamaican dancehall/reggae vocal artiste, Stacious live from Kingston, Jamaica.  Also known as the Gangstress and First Lady of Mavado‘s Gully Squad, Stacious tells about her new radio talk show, her success as in a male dominated industry, and the drama that seems to circulate around Mavado and the crew.  Podcast audio includes hot anthems of the summer from Konshens, Potential Kid, and more.  Download Dancehall Now 58.

Slaughta Tone in association with Spectacular Round Robin presents Rory from Stone Love out of Kingston, Jamaica for The Return of House of Leo, also featuring Gemini Disco with Glamour Wayne, Inner City with Mark Dragon, and Bugsy Bam Bam of Daflavaradio.com.  This all goes down on Tuesday, October 23rd, 2012 inside of Club Pisces (5471 Memorial Drive, Stone Mountain, GA).

Fantasy Vybez presents “BOOGIE NIGHTS,” a 70’S and 80’S costume party with reggae, R+B, soca and more for the mature and sexy.  Visit FANTASYVYBEZ.COM and LIKE the FANTASY VYBEZ Facebook page.  Online Tickets 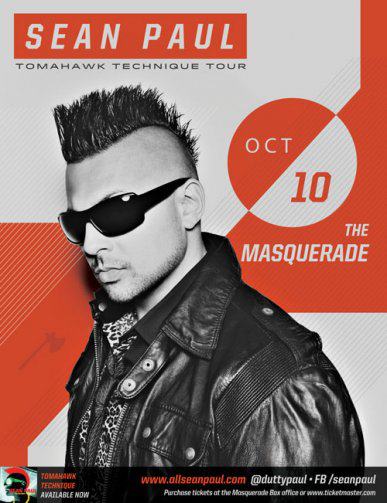 Sean Paul to appear in ATL at The Masquerade on Oct. 10th

Reggae and dancehall music hit-maker, Gyptian, takes some time out to chat with the Dancehall Now crew.  Find out the latest on Gyptian and his upcoming 2012 album release.   Click here for audio of this exclusive interview.