“The passing of 57 year old Phillip Fatis Burrell at a time of great nostalgia for his 1990s productions resulted in a huge outpouring of sadness and love for his music. Burrell’s Xterminator empire was a chief architect of the 90s roots revival that helped make Sizzla and Luciano’s names — while giving valuable grounding to next generation artists such as Chezidek and Lutan Fyah.

His son Kareem “Remus” Burrell’s reboot label XTM.Nation has been attracting attention for similarly distinctive rhythms that continue the tradition of clean-sounding,
intricate, eclectic live instrument based reggae. And to commemorate a quarter century of the parent imprint he has released this compilation of unreleased material
produced by his father, along with his own creations. The cover depicting Luciano, Sizzla, Beres Hammond, Sly & Robbie, Dean Fraser and Earl Chinna Smith is illustrated by Original Jeremiyah and the heartfelt liner-notes are penned by writer and friend of Burrell, John Masouri.”

– Excerpt from review by Angus Taylor 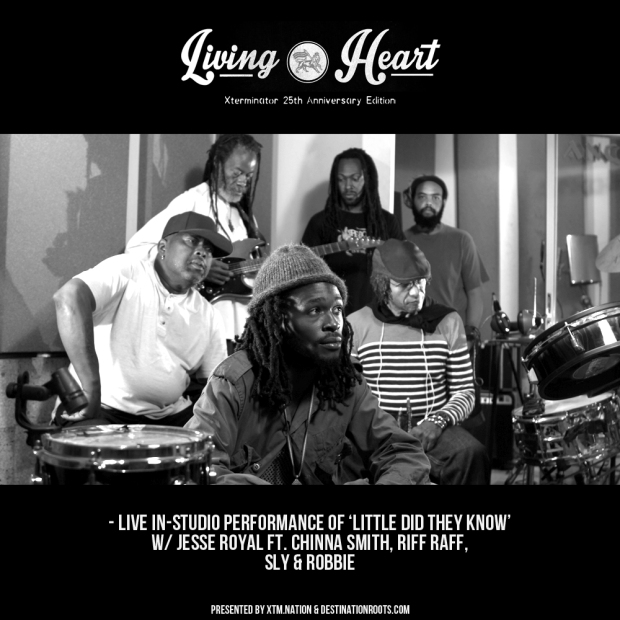 7 comments on “Jesse Royal – Little Did They Know (from XTM.Nation’s Living Heart Album)”