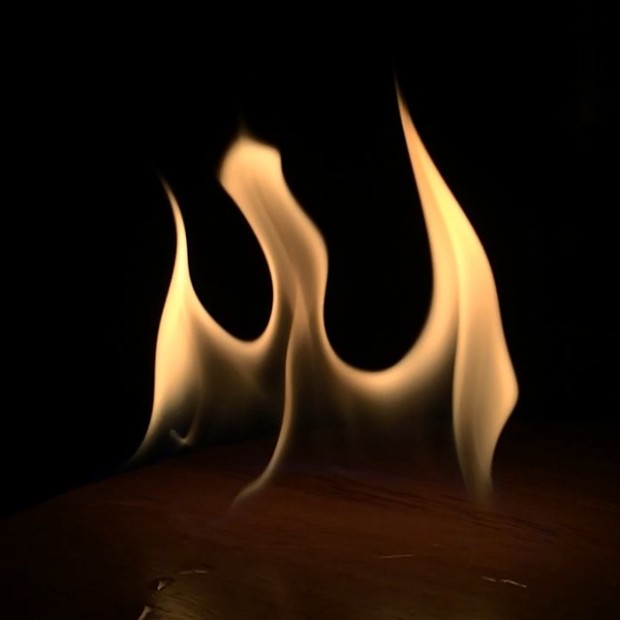 This episode contains 40 of today’s most powerful songs recorded by Jamaican artists. These are songs of revolution, freedom cries, and warrior chants from the artists that currently carry the reggae banner including Protoje, Chronixx, Jesse Royal, and Kabaka Pyramid.

Listen for songs from Etana’s new album “I Rise,” Jah9’s new album “New Name,” and I-Octane’s “My Journey,” all featured in this episode.  Please support these artists by purchasing their music. 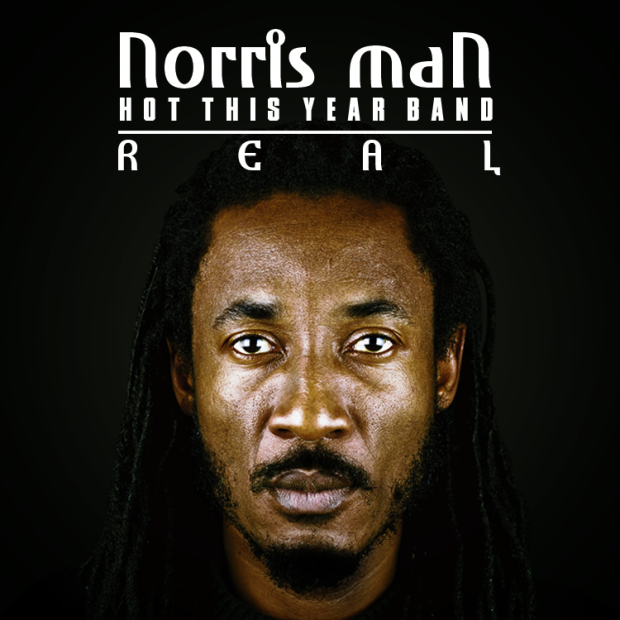 This album really shows Norris Man’s capability to build and write songs on a different level together with a band and producers. That makes this album genuine compared to lots of other releases nowadays. 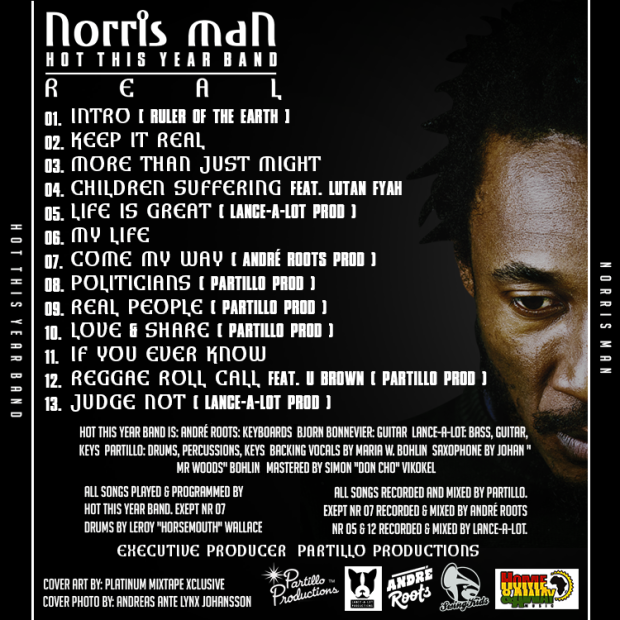 The cooperation between Norris Man and Hot This Year band started in 2011 when they did a show together at the sometimes infamous but great reggae festival “Uppsala Reggae Festival“.
Their first studio sessions took place the same year and resulted in the 2012 released album “GHETTO LIFE” produced by Partillo, Lance-a-Lot, Kap10 and Rigo (Topaz/Infinite Mass).
The new album “REAL” contains high quality timeless one drop and roots reggae with a few exceptions with PAPA DEE on the dancehall tune “REAL PEOPLE” and the collaboration with legendary U BROWN on the rub a dub tribute “REGGAE ROLL CALL”

Roots Musician Records is celebrating the release of E.N Young’s new single, “Eye of the Storm”, available on all digital outlets on NOVEMBER 18TH! 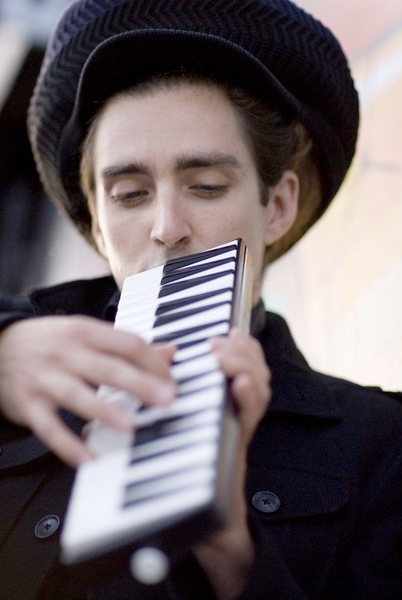 E.N Young’s new single, “Eye of the Storm,” will give listeners a taste of his upcoming sophomore album, ‘Live Love Stay Up.’ The single includes an original, acoustic and dub version and the album will follow suit. Each version stands on its own and highlights a different strength within Young’s wealth of talent as both an artist and producer. His vast knowledge of reggae’s Jamaican roots is demonstrated by the song’s upbeat rhythm section and dub inspired delays. An uplifting message of hope is expressed by the song’s lyrics and strengthened by the reassuring tone of his calm voice. Intricate layers of sustained electric piano, pulsing bubble organ and percussive synth are accented perfectly by Young’s signature melodica and will only help to solidify his standing as one of reggae’s most sought after producers.

Check out the JUST RELEASED music video for “Eye of the Storm” below!

Also a member of Tribal Seeds, E.N Young’s keyboard and studio skills are featured on the band’s new album, ‘Representing’. The album debuted at #1 on the iTunes, Amazon and Billboard Reggae Album Charts and won Best World Music Album at the 2014 San Diego Music Awards. 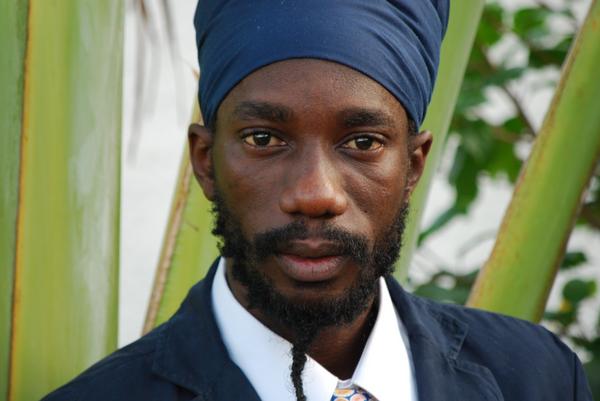 Powerhouse production team, Yaga Sounds, features Sizzla Kalonji with the new tune DBM (Dem Bad Mind) currently available on iTunes. While Sizzla is constantly releasing songs throughout the year, this trio aspires to take this one from a major buzz on the streets to the international market.

DBM was premiered on Large Up and Reggaeville last week, two of the largest Reggae sites in the world. Sizzla delivers a heavy message over a driving up-tempo riddim, “You have some people go on like them are the best, all them do is fight against the progress, tell da wicked man say dem just can’t test, tell dem life over death….Dem Bad Mind.”

Dubbed as a hard-hitting dance hall tune, DBM gives a hardcore message. It speaks against negative people and negative situations, while promoting a good positive environment and positive energy. Playfully at the end Sizzla teases with an unpredictable ending for the ladies.

Yaga Sounds member, EchoSlim describes the message, “Dem Bad Mind is deep in turns of all the social issues that are going on with the Ferguson Riots, the murder of Mike Brown and Mario Deane, all the way to Trayvon Martin to as far back to even Emmett Till. It represents injustice happening to people all over the world. It speaks to everyone that has an unjust way of thinking from politicians to police officers to every day people. No one is exempt, from the highest of the high to the lowest of the low.”

“The riddim is going to be one of the baddest riddims of the year. This track should be one that the DJ’s will like and will turn up the parties. It can fit in any time of early or late juggling. The lyrics and the riddim fit in for everyday life, everyone can relate to it. Look out for more bad riddims that we will be releasing in the future,” expresses one of the members of Yaga Sounds, Joshua “Gappo” Manning.

Yaga Sounds is currently made up of Flexx, a Dominican and world-renowned engineer that works with Flo Rida, Lauryn Hill, Robbie Shakespeare and others. EchoSlim is a Trinidadian that has toured the world with Black Violin under the moniker DJ TK. Gappo is a Jamaican and the son of legendary reggae singer Donald Manning of the Abyssians and is currently the keyboard player for Beres Hammond. Yaga Sounds is an unorthodox sound crew. A hybrid of a sound system and a live band, aimed to spread West Indian culture and music around the world. 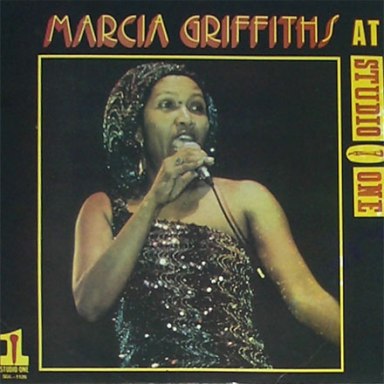 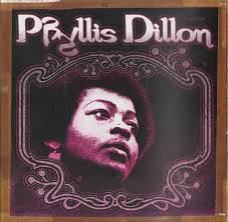 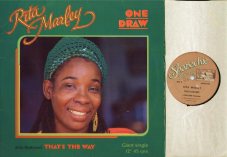 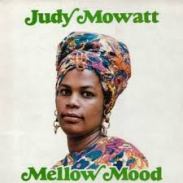 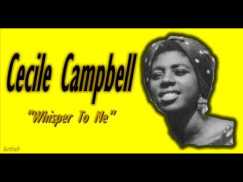 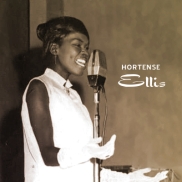 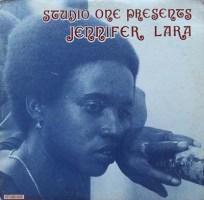 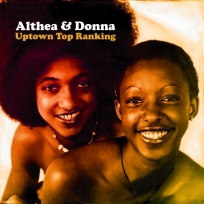 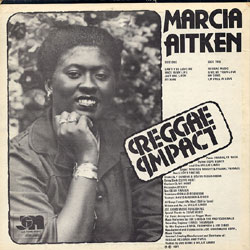 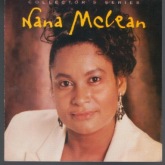 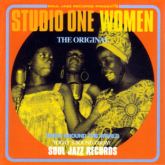 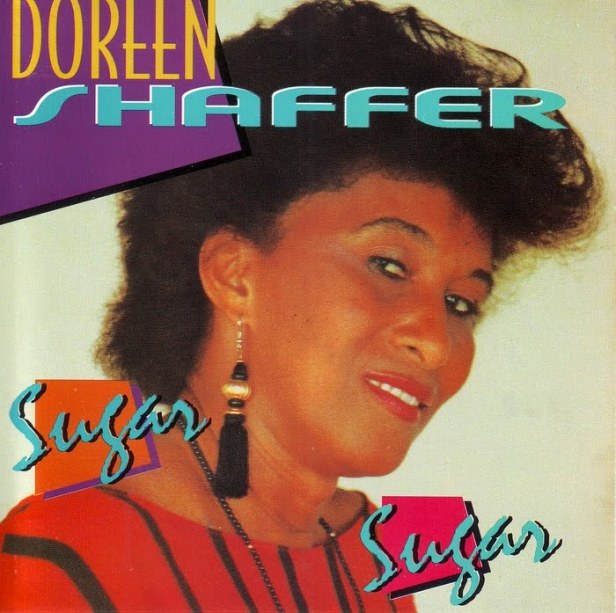 Recordings selected and mixed in this episode are by female singers, mostly from the magical golden age of reggae and rocksteady, the finest years of the genre. You will hear a great deal of songs from dominant labels of the period, Studio One and Trojan Records as well as the reigning prolific artists Phyllis Dillon andMarcia Griffiths among others. Certainly a unique listening experience, please enjoy this musical treat and keep your feedback coming in to reggaeloverpodcast@gmail.com. Thank you very much for your listenership. One love! 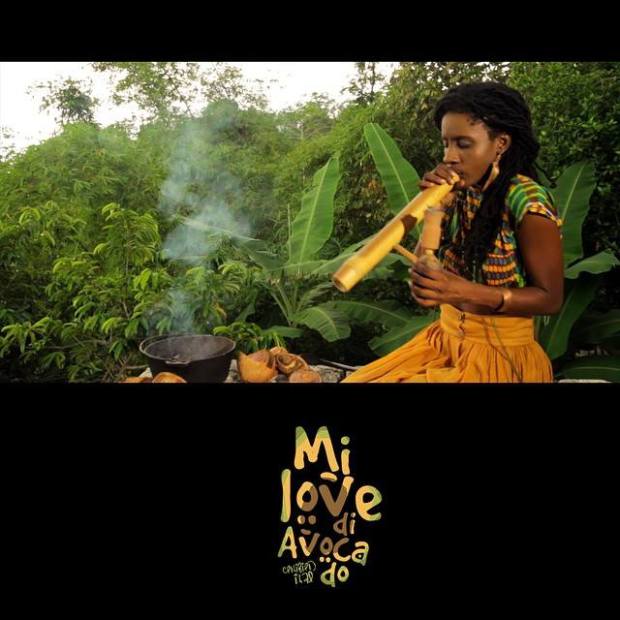 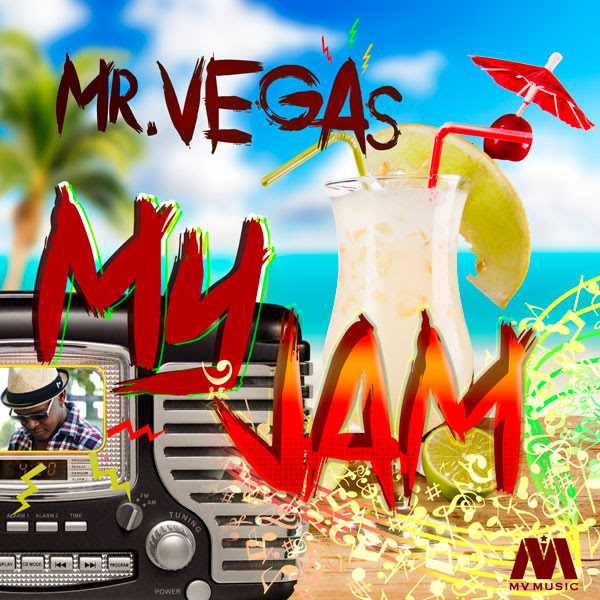 The TAXI riddim has been around for a long time, and it will never leave the dancehall. This riddim is foundation!! 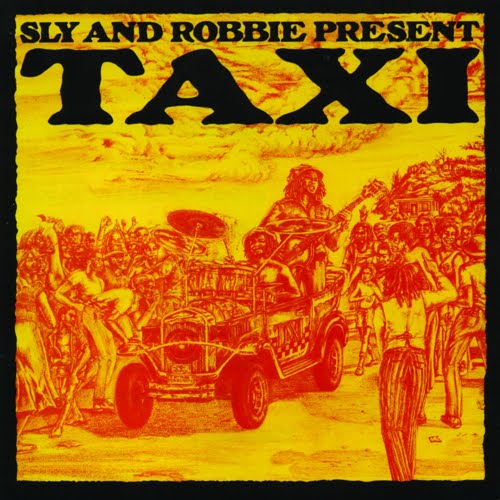 I kicked off this special mix with the Sister Nancy hit entitled One Two which was released around 1976 by producer Winston Riley on the Techniques label. There are a few earlier versions of Taxi, but once Sly and Robbie cut their version, the riddim really took off.  You will hear 30 tracks in the mix, ranging from the 1980s to 2009.

This unique mix was suggested by a subscriber.  How does this compare to other Taxi riddim mixes you have heard?  Use #ReggaeLover across all social media when sharing the links or giving feedback, or email directly to ReggaeLoverPodcast@Gmail.com. 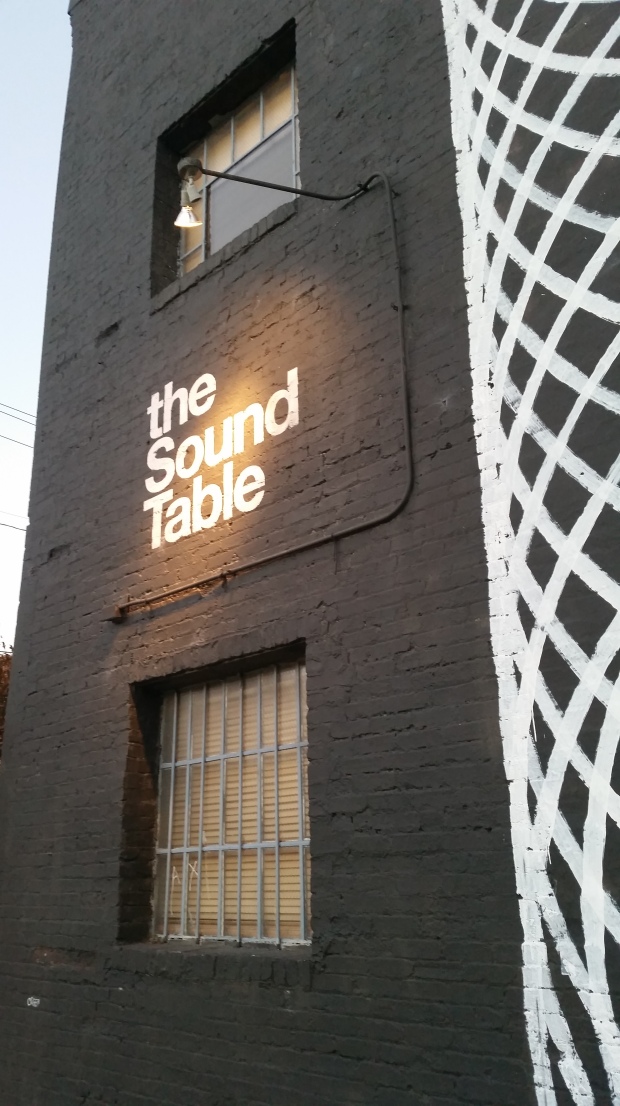 The Godfather of dancehall, the late Sugar Minott is joined by singers Al Campbell, Leroy Smart, Half Pint, Cocoa Tea, Anthony Malvo, Chuck Turner, and Trevor Sparks from the 1980s in this mix of crucial selections which also features the toasting of DJs like Charlie Chaplin, Josey Wales, Shabba Ranks, Admiral Bailey, Lieutenant Stitchie,  and Daddy Lizard in addition to giants from the 1990s dancehall reggae era such as Sanchez, Garnett Silk, Luciano, and Bounty Killer. 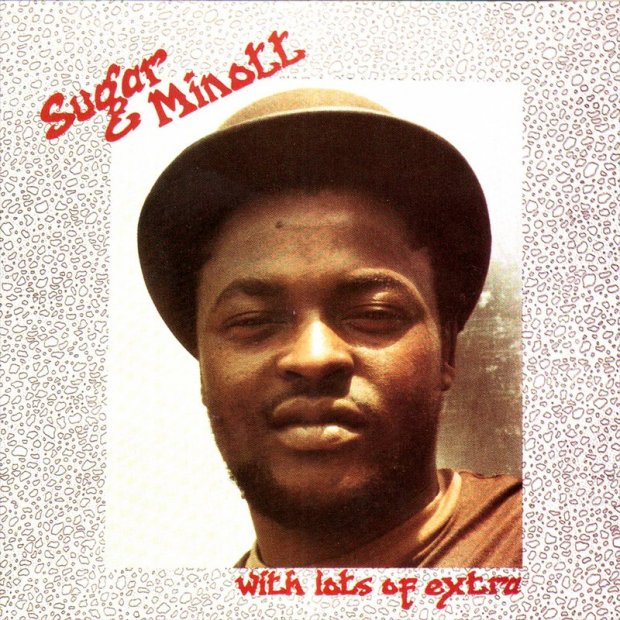 ROCKSTEADY – The Only Roots Reggae Monthly in ATL [this SUNDAY 11.2.14] http://clatl.com/atlanta/rocksteady-the-only-roots-reggae-monthly-in-atl/Event?oid=12236246 #rockers #loversrock