Many women have made a name for themselves in the male-dominated genre of Reggae music.

Here we speak of some current notables and analyze some of the issues that have always existed. There is always a balance of positive and negative and we touch on that in this Reggae Lover episode. 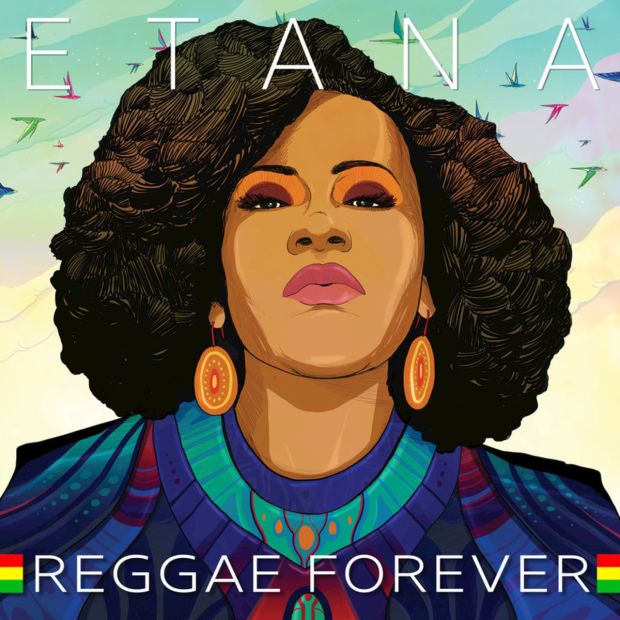 Of the several female artists that continue to hold their own, here are some highlights:

Etana has produced above average music for at least the past 10 years. She earned a nomination for Best Reggae Album at the upcoming 61st Annual Grammy Awards for her latest project, Reggae Forever. She is the first female nominee in that category since Sister Carol in 1997, and the fourth ever.

Spice became the first reggae artist to cross the 1 million followers mark on Instagram. Known for raunchy lyrics, she ventured into social commentary on her single “Black Hypocrisy.” The song, which tackles the issue of colorism is on her Billboard chart-topping mixtape entitled “Captured.” I hope that Spice tackles more serious issues in the future. She can be a positive influence for young women the way she is controlling the media right now.

Queen Ifrica has wowed audiences at festivals like Rebel Salute and Reggae Sumfest for the past several years. Her songs have broached the toughest topics from incest to skin bleaching. She sings out against crime, unhealthy diets, corruption, and other evils. Queen Ifrica is also well-rounded and able to discuss love and sexuality in tasteful ways.

Leaders of the new school:

Reggae revivalist Jah9 is as refreshing as she is an enigmatic force. She’s a yoga practitioner and poet turned reggae performing artist. Her dancehall career was nurtured by RoryStoneLove who produced her debut album. Jah9’s lyrics are deep, thought-provoking, and meaningful. Her music is powerful yet diverse.

The 17-year-old singer, songwriter, and guitarist, Koffee, emerged as a star in 2018. Her single’s, “Burning,” and “Raggamuffin,” gained local and international attention. Look out for her new hit, “Toast,” which looks to be an even bigger smash.

Lila Ike is one of the protege’s of Grammy-nominated reggae revival leader Protoje. She was a unique style and flair with songs about love and socioeconomic topics.

Twenty-one-year-old Yanah is known as “The Tiny Powerhouse.” With a hand-full of songs released to date, she has captivated listeners. Her delivery is sultry and passionate.

Sevana is another songstress working with Protoje’s In.Digg.Nation Collective record label. She stood out on “A Bit Too Shy” and “Sudden Flight” which featured Jesse Royal. Sevana has an amazing sound – one of the sweetest voices to come out of Jamaica in a long time.

Naomi Cowan came out with a fun 2018 single called “Paradise Plum.” She has an R&B/soul, reggae vibe and is actually the daughter of musician Tommy Cullen and singer Carlene Davis. She spent time in Canada where she went to college and then earned a Masters in digital media. After some time running her parent’s businesses, she has turned her focus to a music career. Look out for big things from Naomi!

The ever-versatile Keida and potent lyricist Karamanti both represent a strong female presence. Their content centers around themes of unity and consciousness. Karamanti launched her own record label, BlackWuman22 Music.

Dancehall artist Dovey Magnum has risen to international fame in the past year. She’s by far one of the most powerful female performers in her class and her talent is undeniable. Her spiritual side is expressed in “Prayers Me Use and Win,” but her more popular anthems are X-rated. Dovey can definitely affect positive change by injecting conscious messages into her music.

Kelissa is the daughter of the lead singers from the foundation group Chakula. She attended University in California where she toured extensively. Kelissa also performed and spent time in Africa gaining notoriety there. She has toured and collaborated with Chronixx in the studio as well.

There are many other female artists out right whose music is only about sex and sexuality. Their music gets to the forefront in the major media channels more often than not. Selectors and radio disc jockeys have been doing more following than innovating. Their playlists feature the same raunchy songs, with few attempts to introduce more diverse subject matter. It seems quite difficult to get played as a new performer. This only entices young upcoming women to embrace the same age-old cliche – sex sells.

Spice, who many refer to as the new Queen of Dancehall signed her record deal in 2009. Since then, her label has failed to release a full-length studio album of her songs. We dissect this issue trying to figure out how this could even happen.

With this climate how can new female artists get discovered while avoiding exploitation? How can we achieve more balance on the lineups of shows and concerts? How can radio, dancehall, and mixtape playlists become more diverse? How can reggae music, a genre that once stood as a voice for the voiceless embrace its own women? How can we become less hypocritical as an industry and as a society?

In this, the age of the #metoo movement, and “Surviving R. Kelly,” it is imperative that we protect and support our women. This discussion may pose more questions than answers, but it spawns a dialogue that needs to be had.

Add the names of female artists that should have been highlighted in this piece (tag them in the comments). Do you agree or disagree with the statements we have made? Do you have an answer to the questions posed? Let us know. Thanks for listening, reading, and sharing. This is dedicated to you. #reggaelover