Tad’s Record brings the heat with this year’s hottest dancehall songs, all on one album, with their latest release The Ultimate 2013 – Various Artists, available worldwide on June 25, 2013, with pre-order available now.

Featuring the biggest names in dancehall music currently, The Ultimate 2013 sets the soundtrack for the year and is the only album where you will find all of your favorite new dancehall tunes. 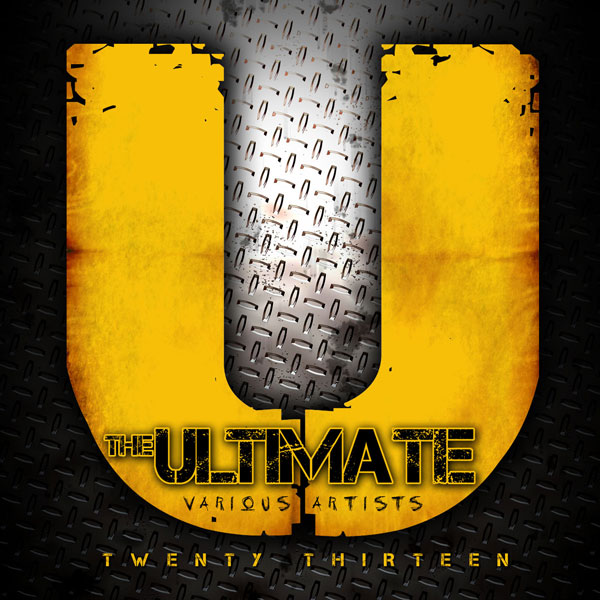 “The Ultimate 2013 is the latest release of our flagship ‘Various Artists’ compilation albums,” states Tad Dawkins, President of Tad’s Record. “It is the sixth production and we truly believe that it is the best yet.”

It spotlights recent dancehall hits such as “Live My Life” by Mavado, “Gal A Gimmi Bun” by I-Octane, “Judgment” by Chronixx and “Lighter” by Vybz Kartel, along with an extend playlist of other dancehall staples to keep the party going all year long.

“The Ultimate 2012 received rave reviews, especially since it featured major acts such as Baby Cham, but The Ultimate 2013 has topped that by featuring new singing sensation Chronixx,” discloses Dawkins. “Each year we endeavor to live up to our tag line of providing ‘the ultimate reggae experience’ and we are confidently satisfied in the job that we have been doing thus far.”

The Ultimate 2013 will be available worldwide on June 25, 2013 from all major digital retailers, including iTunes and Amazon, from Tad’s Record. Pre-order of the album is available now. For more information, please visit tadsrecord.com.

1 Heal The World
2 Emptiness
3 Murder featuring Buju Banton
4 Talk About (Dub)
5 One More Chance
6 Hold On
7 Keep Forgeting
8 Sensi Ride featuring Don Youte
9 Only You
10 Do You?
11 When I’m With You
12 Lonely featuring Buju Banton
13 Ebony Eyes
14 Face It
15 Forever Young
16 Youre The One
17 Anything For You
18 Saddest Day

19 Movie Star featuring Buju Banton
20 Nothing At All
21 Give Me That Love
22 You Send The Rain
23 Let Us Be Friends featuring D’Angel
24 Dem A Worry
25 Informer (Dub)
26 Baby You And I
27 Why Did You?
28 I’ll Be Loving You
29 Rumors
30 Desperately
31 You Go Girl featuring Spragga Benz
32 All This Time
33 Never Meant To Lie featuring Spragga Benz
34 Live and Learn featuring Louie Culture
35 Talk About featuring Terror Fabulous
36 Loving Excess featuring Don Youte
37 Bashment Girl
38 Joyride featuring Baby Cham
39 Keep Them Coming
40 Criss Pack Of Boots featuring Bounty Killer
41 Sing A Long
42 Informer
43 Glamour Gal
44 Dreamland featuring Frisco Kid
45 The Story w/ Surprize
46 Can’t Be Duplicated
47 Run Out Pon Dem
48 If I Ever
49 Hold Me Now
50 Caught Up

Her singles are a combination of Reggae, Dance, Pop and R&B. These singles have been creating waves on the Finland Music Market and have received over 500,000 hits combined. “Understand,” was produced by T.J Records  and “Invincible”  was written and co-produced by Night.

As it relates to Invincible, Night states that: “I initially wrote this song for Erica Mena from the popular VH1 Reality Series, Love and Hip Hop but decided to record it myself because the lyrics are a true embodiment of the emotional difficulties I was experiencing at that time. Night is also currently recording with Truck Back Records, Andrews “Drew” Correa, DJ Zion and Star Johnson who is synonymous with Sugartime Sports Management.

Night was featured on 3 of Dancehall Artiste Baby Chams’ songs, one of which being “That’s How I Ride” and also “Right There” with Dancehall Star Spice. The move fromTOI to “Tracey Night” was simply because too many “TOI’S existed in the Music Industry and it made sense for her to create her own identity. The “Night” is a representation of a dark, mysterious and sexy female with high energy and intellect.

She has worked on various modelling campaigns such as: Sean John, and Nestle‘ to name a few and has been featured in videos such as: “Paid not Played” and “What I’m Gonna Do” by Award Winning Jamaican Reggae Artiste Buju Banton. Listen to and download our special featured artist mix with Junior “One Blood” Reid.

Right Click the media file link and select “Save As…” to download the entire mp3 file or just click to listen to the audio stream now.  We sincerely hope you enjoy!  Please send your comments, feedback, and requests to podcast@highlanda.net or feel free to comment right here.  If you like what you hear please subscribe to get automatic updates when new shows are added.

Highlanda Sound has put together something for the fans of that “Finest Years” era of dancehall. Reggae Vault Classics is here to represent the foundation of the music.

Listen to an episode and you will hear right away that Reggae Vault Classics features only classics mixed and blended so you can turn up your speakers or headphones and get lost in Kahlil Wonda’s mixes.

RVC Episode 2 starts off with Dennis Brown singing ‘Stop the Fussing and Fighting’ on the Real Rock riddim.  The mix also includes tunes on some of the biggest riddems ever such as Stalag, Far East, Swing Easy, and The General. Expect to hear artists and selections you don’t hear everyday, or maybe even every year for that matter.  The selection order and mixing are masterful, which makes it easy for anyone to enjoy, whether you are a dancehall novice or a foundation reggae enthusiast.

This interview conducted in Atlanta after a Baby Cham performance is original content from the award-winning Highlanda.net. Big ups to top rated Baby Cham! Look out for the something new from Highlanda coming at you over the internet very soon.

Kahlil: Cham you just mashed up and leveled Planet Q. What do you have to say about the show?

Cham: Its like a regular night. Everyday of the week we work; Monday through Friday. We just thank the fans for coming out and showing us so much love. Each time we try to give them at least 190% worth of work, you know…?

Kahlil: When can we expect the next album?

Cham: At the end of this year or early next year. I’m in the studio right after this tour. I’ve been touring since last year October, non-stop. I’ll get a break now so I’ll be in the studio trying to get some tracks together for the next album. 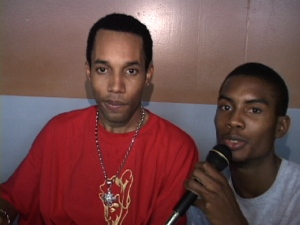 Kahlil: As far as influences and motivation, what’s your driving force right now?

Cham: I feel its my mother and son–straight up. And just love for the music and trying to see the music reach places. Music, in regards to reggae music and dancehall music as a whole.

Kahlil: …And who were some of the artists you looked up to when you were coming up also?

Cham: Dave Kelly, Buju Banton, Wayne Wonder, Major Worries, Shabba Ranks, the majority of the top entertainers from Jamaica. Every single entertainer that was mashing up the dancehall scene while I was attending school, those were the artists I tried to portray–DJ their lyrics. And now I can do my own and hopefully have youth trying to portray me and DJ my styles.

Kahlil: How do you deal with the negative people and influences in the music industry?

Cham: I stick around the positive. I never go around the negative. Negative ain’t good for you at all. I stick to my family. My family is positive to me and never show me a negative side. And that’s it. …Go get the album Wowow! The Story.”