Hear the full in-depth interview complete with 4 new songs from past winner of Magnum King and Queen of Dancehall.  Baby Tash has made a lasting impact on every major competition held in the performing arts on her island of Jamaica — from Festival to Tastee Talent Contest to Digicel Rising Stars — and also Dancing Dynamites.’ 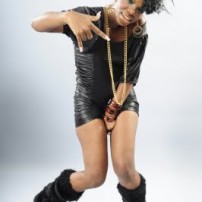 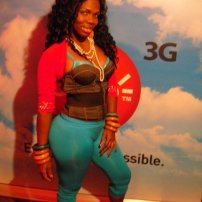 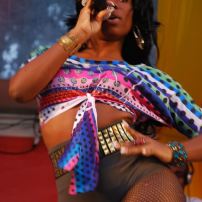 is one of Jamaica’s finest musical sensations.  Hear her interview on this episode of the syndicated Dancehall Now podcast produced by Highlanda Sound System.  This episode includes live footage from the Dancehall Now Radio Show (Wednesdays 6pm – 9pm EST) on DaFlavaRadio.com.

Get the interview by downloading an mp3 or hear the streaming the audio.

Check out the Dancehall Now interview with Christopher Martin

Growing up without a father didn’t impact negatively on the life of 23-year-old Okeefe Aarons. He, however, developed a special bond with his mother despite having to relocate from Kingston to St Elizabeth at an early age.

“My mother built a house in St Elizabeth and we moved there when I was young. My mother wanted to leave the garrison because of the violence. During that time I developed a special bond with my mother. Right now she’s my biggest fan,” said Aarons who is known in the music world as the up-and-coming artiste Laden.

Laden’s star is about to shine bright in the sky, having logged generous airtime both at radio and in the dancehall with his latest single Time To Shine. Produced by Stephen McGregor, Time to Shine which is currently riding the charts, has somewhat placed Laden into the spotlight.

“I always had songs playing on the radio like I’m Sorry but Time to Shine has given me a real fan base. This looks like the song to give me the big break that I have always wanted,” said Laden.

According to Laden, Time to Shine was conceptualised based on his own personal experiences. “The song is a personal feeling. I have been putting in all the work and getting the positive feedback. Right now I am just dying to see that dream come true,” he said.

A former student of the Haile Selassie High School in Kingston, Laden grew up between Kingston and St Elizabeth. “I used to live in Cheapside District in Junction. I never born come see my father. I heard that he was robbed and killed in America,” said Laden.

Laden gained some attention in 2006 when he entered the Digicel Rising Stars competition and placed in the top eight. He is grateful for the opportunity and the platform that the competition provided for him, as it has opened many doors for him in the music world.

“Digicel Rising Stars helped out a lot in terms of exposure. It made it easier for people to recognise me and it also got me the opportunity to record for producers,” he informed.

Laden recently wrapped up the video shoot for Time to Shine. The video was shot in various sections of Kingston including Tivoli Gardens, CPTC and Big Ship studio.

“The video is about me just entering the music industry and then the Digicel Rising Stars competition came about. It’s basically wanting to get that break to shine,” Laden explained.