This is the latest episode of the syndicated Reggae Vault Classics podcast produced by Kahlil Wonda of Highlanda Sound for the week of March 23, 2009 featuring classic reggae music in a DJ mixed format with no talking.

Episode 11 is like a concert with Dennis Brown and Freddie McGregor headlining and sharing the stage. Those reggae giants sing 10 out of the 26 songs on the playlist. They invite a few other singers to come up and perform too including Gregory Isaacs, Sanchez, Lukie D, Thriller U, Garnett Silk, Leroy Smart, Linval Thompson, Wayne Wonder, and Half Pint. Deejay performers include Buju Banton, Merciless, and Simpleton. My favorite highlight from this show is the mix out of Sancho’s “Biltmore Ballroom” era smash hit, Chase Vampire, into Freddie McGregor’s Loving Pauper. The 6 selections that follow make you wanna grab a dance partner and take it to the floor for some wining and grinding (water pumping, cool and deadly, rent a tile, etc.)

Right Click the file and select “Save As…” to download the entire mp3 file or just click to listen to the audio stream now. We sincerely hope you enjoy the selections and mixing. Please send your comments, feedback, and requests to podcast@highlanda.net or feel free to comment here. If you like what you hear please subscribe to get automatic updates when new shows are added.

The lastest installment of Highlanda’s Reggae Vault Classics podcast starts off with singer/deejay Shinehead singing a cover of Michael Jackson’s Billie Jean over an instumental that has become known most commonly as the Billie Jean riddim.  Sanchez’s solid lover’s rock hit from the 1990s, My Sweet Lady, follows on the riddim with as a nice of a mix as  will hear.  At this point in the mix, if you don’t feel the warm embrace of the rub a dub bassline, you may want to upgrade the speaker system you are listening on.  Billie Jean rolls on with tunes by Yami Bolo, Garnett Silk, Sizzla, and Wayne Wonder before the Nitty Kutchie, Bounty Killer and Terror Fabulous provide a rudeboy finale.

The next tune is Train to Zion, performed by Linval Thompson on the Death in the Arena riddim and this is where I would say Highlanda begins to expose rare gems.  Following that gem is Tenor Saw/Nitty Gritty sound a like, King Kong with Trouble Again, one of his biggest tunes.  The more commercially known mid-90s version of this riddim, known as Champion of the Arena is next featuring just the Bounty Killer, Long or Tall, and then Garnett Silk’s Splashing Dashing.

Garnett’s silky smooth voice on Retreat Wicked Man is next and takes us further into the Vault as the following transition welcomes the voices of reggae’s Crown prince, Dennis Emmanual Brown alongside Junior Reid singing lyrics that are prominent even in today’s dancehall, “No Dance Nah Keep Again, a just modelling…”

The next mix which brings in a remix of Night Nurse featuring U-Roy, Dennis Brown, and Gregory Issacs in combination, is the only part of this episode that sounds a bit rushed –  I was really enjoying the D. Brown/Junior Reid.  This however more uptempo version of Gregory’s Night Nurse may not be familiar to many listeners so the tune  has some exclusivity value to it.  Not Because I Smile which is sung over an extremely vibesy version of the Rockfort Rock riddim makes it two Gregory Issacs’s in a row.  The transitions that follow include a Wayne Wonder and a Bounty Killer on the same riddim – Well Done!

One thing to note here is that not only are you hearing selections you may not have heard in years, but these classics are being played in the traditional Brooklyn inspired style of Highlanda’s selector Kahlil Wonda.  Big ups go to King Addies and Earthruler among others for the inspiration.  Reggae Vault Classics episode 4 ends off with three songs on the Shank I Sheck riddim, also from the 1990s, and as Sanchez fades out my only complaint is that the mix was too short. 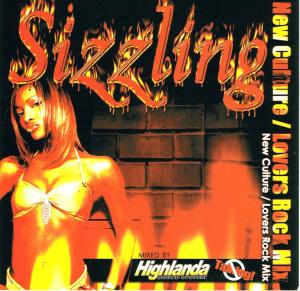 The period beginning in the 1960’s on up through the 1980’s is what I refer to as The Finest Years of reggae music.  I sometimes include also the 1990’s.  The Finest Years includes many styles of the genre, from very grass-roots productions such as those of Studio One in Jamaica and Treasure Isle in the UK to the computerized creations of Jammy’s and Digital B in the 80’s and early 90’s.  These are some of my favorite selections as a consumer and Disc Jockey alike.  I pride myself as a collector and will never, ever, ever part with my musical treasure – original 12″, 10″, and 7″ records. 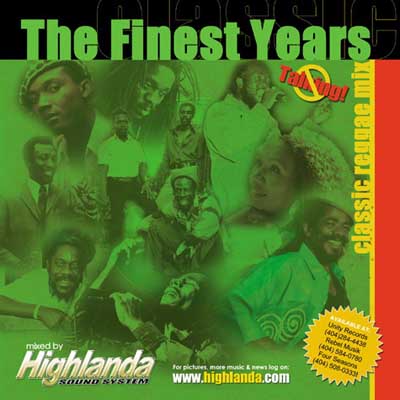 Although I don’t think its my very best mixing, this 100% vinyl mix is well selected and flows nicely from start to finish with some very nice transitions from song to song.  The sound quality is very good considering the age of some of the records being played, although I think the sound effects are sometimes too loud, especially for the type of songs being played. 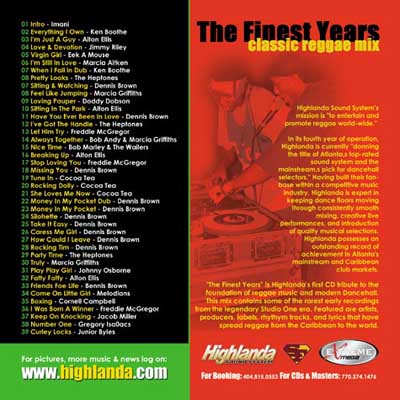 The Finest Years mix begins with Ken Boothe’s ‘Everything I Own,’ which I use at the beginning to immediately set the tone. The first blend brings in Alton Ellis singing ‘I’m Just A Guy’ on the Studio One label. At this point you can really hear some hissing and popping from the needle travelling along the grooves of the original 45 (7″ record played at 45rpms). ‘Love and Devotion’ sung by Jimmy Riley (Tarrus Riley’s father for those who don’t know) is next followed by Eek A Mouse’s ‘Virgin Girl,’ a Volcano recording.

The mix steps up pace just a bit now as I draw for “I’m Still in Love” sung by Marcia Aitken and produced by the legendary Joe Gibbs. This tune was made popular recently by Sean Paul and Sasha. For all dub lovers I feature Studio One’s Ken Booth 45 of ‘When I Fall In Dub,’ (look for more dub featured on mixes coming soon). One good Studio One deserves another so another blend begins and The Heptones sing ‘Pretty Looks’ for us. Next is the first song from Dennis Emmanuel Brown, The Crown Prince of Reggae, ‘Sitting and Watching,’ followed by the Empress of Reggae, Marcia Griffiths with ‘Feel Like Jumping.’

The mix then goes into a vintage classic, ‘Loving Pauper,’ by Dobby Dobson. I remember drawing tunes like this in the early days of Highlanda to the surprise and praise of the elders in the community who asked “is how you know dem tune ya?” The Heptones’ ‘Sitting In the Park’ mixes in right on beat and ushers in more nostalgia before again the voice of Mr. D. Brown is featured with ‘Have You Ever.’ I had to let this one play for a while before transitioning smoothly into ‘I’ve Got The Handle,’ another Heptones Studio One classic, then Freddie McGregor’s version of ‘Let Him Try.’

The blend that follows is crucial as it brings across to your speakers the voices of Bob Andy and Marcia Griffiths with ‘Always Together,’ a lover’s anthem recorded at Studio One. I had to feature some Bob Marley so the next blend is into ‘Nice Time,’ original Tuff Gong 45 and from there back to Studio One with Alton Ellis ‘Breaking Up.’ To keep things interesting next up is ‘Can’t Stop Loving You’ by Freddie McGregor and ‘Missing You’ by Dennis Brown, (This Dennis Brown version was recorded at Don 1 studios in Brooklyn, New York) and Cocoa Tea‘s ‘Tune In’ on the Far East riddim. Volcano label 45 ‘Rocking Dolly‘ also by Cocoa Tea blends in smoothly next followed by another Cocoa Tea hit ‘She Loves Me Now.’

For many what follows is the sweetest part of The Finest Years mix. 6 Dennis Browns in a row blended masterfully starting with the Joe Gibbs dub version of ‘Money In My Pocket’ and moving into the original version, then ‘Silhoutte,’ ‘Take It Easy,’ ‘Caress Me Girl,’ ‘How Could I Leave,’ and ‘Rocking Time.’ Thank you D. Brown, we love you!

The next 4 songs are from Studio One: ‘Party Time’ by the Heptones, ‘Truly,’ by Marcia Griffiths, ‘Play Play Girl,’ by Johnny Osborne, and ‘Fatty Fatty,’ by Alton Ellis. Then an all-time favorite of mine ‘Friends for Life,’ is performed by Dennis Brown followed by The Melodians with ‘Come On Little Girl,’ and Cornell Campbell with ‘Boxing,’ another Joe Gibbs masterpiece. Featuring one more Freddie McGregor, the mix transitions into ‘I Was Born A Winner,’ and serious rockers tune ‘Keep On Knocking’ by Jacob Miller. The Finest Years closes out with Gregory Issacs‘s ‘Number One,’ and the classic ballad by Junior Byles, ‘Curley Lox.’

Thank you for reading and more importantly thank you for listening. The purpose of this blog post is for the education of those who seek to learn more about this powerful force, this divine gift of reggae.