Junior Kelly is back with his new album “Urban Poet” in stores October 9th.

The 16 track album presents some of the many influences in Junior Kelly’s music; reggae, dancehall, RnB and jazz. Kelly displays a matured artistry in his voice and lyrics that has developed over his extensive recording career. The first single and video is “No Dig It Up” has over 30,000 views and growing on line.

Other features include the RnB infused “In Love,” the soul searching “Mile In My Shoe” and the Jazzy “Hooked on Mary.” Urban poet will take you on a musical high. Download the album now.

In this episode Dennis Brown comforts, professes, warns, soothes and instructs us with songs of praise and thanksgiving.  This is a follow-up to the all Dennis Brown lovers rock mix featured in Reggae Lover Podcast #6.  The current state of world affairs calls for positive messages to help us overcome, so we present roots and culture from “The Crown Prince.”

This podcast episode features new singles from Dancehall Now.  Make note of the songs you hear so that you can request them on your local stations, purchase them, and add to your catalog.

This is the latest podcast episode of ‘Dancehall Now,’ your modern Caribbean music 101 radio show featuring the best new music and artists from across the planet.

Junior Kelly is a major force in the world of reggae music today.

He hit it big in 1999 with the single “Love So Nice“. Since then, he released at least one album a year.

He also collaborated with all the best dancehall artists like Capleton, Anthony B, Luciano and many others. Between 2001 and 2005, he released many hits like “Can’t Get Away”, “Clean Heart”, “One Love” or “Jah Jah Live On” and “Rasta Should Be Deeper”.

From his early life as a youth in Jamaica to becoming one of the most popular reggae artists on the festival network, Junior Kelly has always fought and preached for social justice, economic equality and freedom for all in and through his songs and performances. They are filled with messages for the betterment of all people. This year’s tour will be amazing in all sense.

As far as internationally-acclaimed reggae artist, Junior Kelly, is concerned, his years spent under contract with VP Records were not only productive and interesting, they contributed significantly to his development and progress globally.

“They were seven good years musically and otherwise,” Kelly said in an interview. “And seven is really such an awesome number, so it was significant and appropriate that after seven years, we closed the chapter on what proved to be a mutually beneficial agreement,” the conscious Rasta Artiste stated.

It was in 2003 that Junior Kelly inked the deal with reggae music giant, VP Records, and began a musical journey of exploration that took him along a meandering learning curve. The 2010 opus, Red Pond, signaled the delivery of the final album for VP under the contractual obligations. However, while Red Pond gained critical acclaim, there are some who feel that the true potential of the album was never fully capitalized and that the artist would have benefited more had there been an effective and penetrative marketing thrust in place.

Kelly’s management admit that they have heard all the critics, but for them, that chapter has been closed and they are looking towards a future filled with more conscious, uplifting music. However, they were quick to point out that this doesn’t mean that they would never work with VP again.
“The vibes between us and VP is great. All respect is due to them and we salute the Chin family for their contribution to the development of reggae and dancehall music,” was the message from Junior Kelly’s team.

“We were even considering extending the contractual period and doing another album for Chris (Chin), but we finally made the decision to do some work on our own and explore other options,” a representative for Junior Kelly explained.
The VP contract, as is the norm with many binding recording contracts, demanded exclusivity, giving the artiste little room to manoeuvre in terms of production choices. Now that Kelly has regained his independence, so to speak, he has been linking with other producers, listening keenly to the riddims and experiencing the beat of reggae music on various levels.

One of the first singles that he dropped in the post-VP era was “Been There”, a Big Bomb Entertainment release on the Broadleaf Riddim. “Been There” worked its way to number one on the Richie B Jamaica Music Countdown, made the Top 5 on the long-running New York Reggae Singles Chart and dominated the Stampede Street Chart during the summer.

When Junior Kelly heard that the single had topped the chart, he commented, “I give thanks to all those who worked assiduously to make this single number one. Naturally, it’s a good feeling when fans endorse your music and it gives me the encouragement to continue along this path.”

“Been There” adds to Junior Kelly’s list of songs which have impacted in a huge way. Among them are the “Sunshine,” “Boom Draw”, “Hungry Days,” “Missing You” (with Bar-bee)”, “Too Late” with Queen Ifrica, “Receive” and the blockbuster, breakout single, “Love So Nice“, which spent a record 15 weeks at number one.

Junior Kelly has been in the business of making uplifting and empowering reggae music for more than 25 years. Beginning his career during Dancehall’s ‘rude boy’ era in the late ’80s, Kelly’s inspiring messages have always made him a standout artist within Jamaica’s heavily populated entertainment scene.

His breakthrough single “Love So Nice” established him as a bonafide star in 2000. His commanding juxtaposition of precisely timed, deejayed rhymes and melodic singing, coupled with his vivid storytelling abilities, took the song to #1 on the Jamaican charts. The album “Love So Nice”, released in 2001, also spawned the well-received singles which brought him recognition throughout the Caribbean, North America, and Europe. 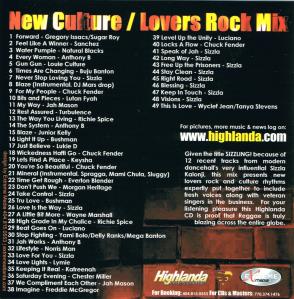