The “No Music No Vote” campaign is one of the Jamaican entertainment industry’s responses to the Noise Abatement Act. The law, originally passed in 1997, recently became stricter. Now all events have to lock off by midnight on weeknights and 2 a.m. on the weekend.

“The Reggae Power” Is the new 12 track album featuring the Riddim Twins (Sly Dunbar & Robbie Shakespeare) with an all star cast of vocalists including Mr. Vegas, Beenie Man, Romain Virgo, Bitty McLean, Alaine and a host of others Spicy Chocolate is the Japanese Sound system and producer who brought the project together.

Like Loading...
by kahlil wonda Podcasts, reggae, Reggae Lover Podcast • Tags: Beenie Man, bounty killer, Buju Banton, dancehall, Jigsy King, Mad Cobra, Mr. Vegas, Nadine Sutherland, Spragga Benz, Terror Fabulous, Wayne Wonder
The 90s was the most prolific era for dancehall music and one in which Jamaican music made many strides.  The decade is beloved by many and hailed as the sweetest time for commercially successful crossover dancehall fusion, sound clashes and juggling dances alike.  I have gotten many requests to mix up some of the classic riddims and anthems in this medium and it brings me pleasure to present The Reggae Lover Podcast Episode 17 – dedicated to you, the #REGGAELOVER.

This podcast episode from the syndicated show ‘Da Music Vault’ with Kahlil Wonda features The International Top Rated 8 Dancehall/Reggae Countdown for the week of 10-9-2013.

2 – Other Side of Love – Sean Paul – Atlantic Records

The video which was first released on Mr. Vegas’ MV Music Website last week has, in just days, amassed almost tens of thousands views on YouTube and continues to grow everyday. The video is also a favorite on US based site World Star Hip Hop.

MR. VEGAS RELEASES BRUK IT DOWN 2.0

Mr. Vegas, who recently performed at two sold out shows in Dakar, Senegal, says he is happy with the pickup of the album so far and is glad that the fans are pleased with the video, “When I look at the comments on places like YouTube about the video it is very encouraging plus the reception of the album has been very good.”

Directed by Jay Will, Give it to Har has an authentic Dancehall feel and will be a pleasure to dancehall fans. Filmed in downtown Kingston the video has cameos from Jamaican dancing outfit Dance Expressions and dancehall’s top female dancer Mystic.

Top flight Reggae/Dancehall artiste Mr. Vegas, who is known for heart tugging compositions such as Do You Know (2006) and more recently Black and Proud, has once again affirmed his place in the Jamaican reggae scene with a new and provocative Reggae jam titled Love Yourself. 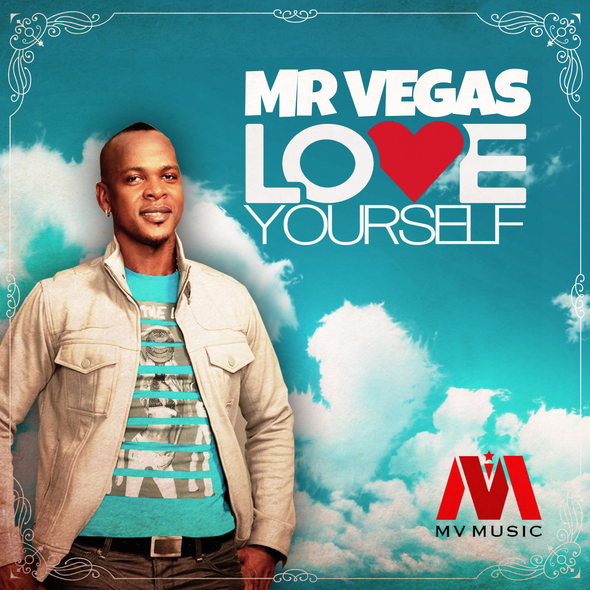 This powerful song, co-produced by Mr. Vegas and Troy Mclean of First Name Music, was created while Vegas was vibing to a beat presented to him by Troy Mclean and addresses issues associated with true love, not love of money or vanity.

The track, laced over a true reggae beat, addresses issues of self worth and like Black and Proud, seeks to inspire fans to build their self confidence and self worth. With lines like, ” Yuh cah find true love if yuh a run down wealth Some Nuh want Nuh love dem want physiological help.”  Mr. Vegas connects with current issues and concerns within the society.

According to Mr. Vegas, “The song is telling everyone to love themselves before anyone else….have self respect and appreciate life. Love Yourself was written when I just was holding a vibe and thinking about what people go through to reach stardom… the song is on the Selection Riddim and artistes such as Capleton, Christopher Martin and Sizzla have voiced on it.”

He has already started preparations to shoot the video for Love Yourself and his latest single Give It To Har.

Mr. Vegas promises fans that the video for Love Yourself will be innovative and will seek, like the song, to inspire change, “This song is very important to me as it addresses issues that not only affect people in my field but also many people in society who struggle with their identity and self-worth. The song is meant to inspire and so will the video”

This summer Mr. Vegas will then hit the road again, adding Europe to his list of performances on a summer tour. 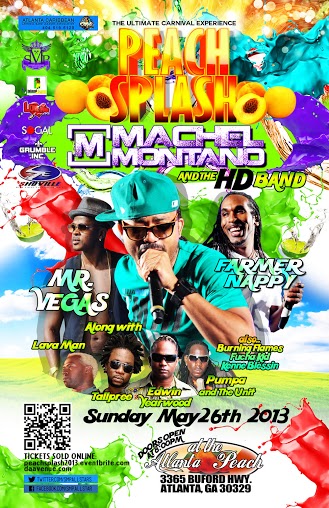 Mighty Crown leveled the crossover crowd with hit after hit. On more than one occasion, Mighty Crown brought the ram crossover crowd to a roar. Crown’s entire set went over well, but it was the moment that Sami T performed the Harlem Shake that the revelers went into a true frenzy!

Mighty Crown has officially scored with their 28 date “Driving Force Tour.” The overall tour has been a hit, with fanfare and feedback increasing after each performance. The “Driving Force Tour” has struck a chord with promoters and fans alike as requests for new dates have been pouring in.

Shot on location in Jamaica and New York and directed by Terminal 4 Media in Kingston and J-Rockaz in the big apple, Party Tun Up hosts a cast of dancers from Russia, Europe, US, Japan and Jamaica. 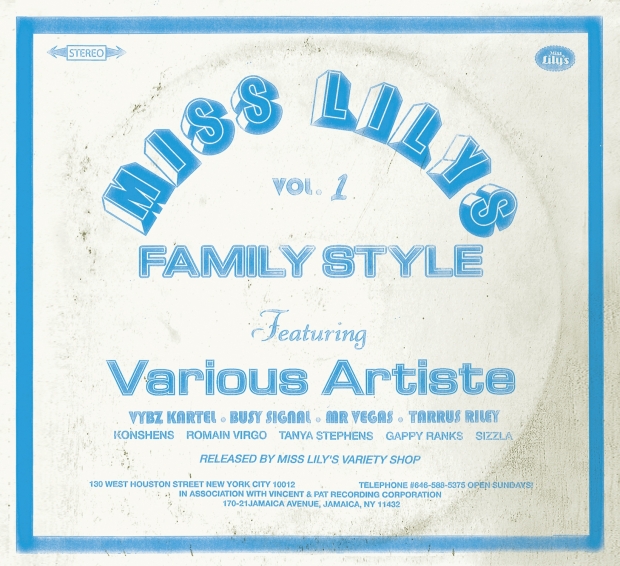 Known for serving up Jamaica’s freshest beats and top-notch cuisine in downtown Manhattan, Miss Lily’s has become a social and cultural hub for all things Caribbean.  The island aesthetic is reflected throughout the swanky decor of their restaurant, bakery, juice bar and variety shop – which serves as a record store, gallery space and home to internet broadcast station, Radio Lily.  Miss Lily’s Variety Shop, located directly next door to the restaurant, celebrates their first year in business and launches a brand new CD series Miss Lily’s Family Style (VP Records) on January 22.

For Promotional Purposes, featuring Various Artists here is the next mix in the Dancehall Now 2012 series. Get the Mixcloud link below, download a tracked version you can burn to CD, or download an MP3 you can play on your mobile device.

DANCEHALL NOW is a live music-oriented, syndicated radio program that spotlights the latest and greatest in dancehall and other popular Caribbean genres of music.  Catch the show live on DaFlavaRadio.com Tuesdays at 6pm EST.

The ‘Dancehall Duchess’, Tiana has earned international recognition with her hit song, Dem A Bawl. The popular song has hit MTV Base Afirca’s Top 10 Charts. This is a significant stride for the upcoming female performer. She has been enjoying success with the track that has been riding local charts since early summer. Tiana’s global reputation has been enhanced now that she has a MTV Top 10 spot to boast.

“I got two IRAWMA nominations earlier this year, Dem A Bawl has hit all the top charts in Jamaica plus MTV now. I’ve been getting bookings for a number of events, I am very grateful.”…Tiana

She has built a loyal fan base in the Motherland. Her collaboration with Gambian recording artiste, G-Faal has assisted in blazing her trail. She has been receiving significant airplay inAfrica and has acquired a vast amount of her 1.8 million youtube views from that territory. The music video for Dem a Bawl stands out with the numerous cameos by popular dancehall artistes: Konshens, Gyptian, Elephant Man, ZJ Liquid, Demarco, Flexxx and Delus all endorsing the budding musician. The track which is produced on the Aurora Skies (Sounique Records) infiltrated the airwaves this past summer along with a number of other tracks such as: Watch Dem a Watch Me, One Stuck Whine and Don’t Stop. A video for Don’t Stop is currently in post production and will be released soon.

This year has been a great one says Tiana, 2012 marked the release of her debut EP,Princess of The Dancehall as well as her debut mix tape, Real Bad Gyal. Real Bad Gyal features prominent acts such as: Tommy Lee Sparta,  Vybz Kartel, Popcaan, Mr. Vegas and Konshens. Her break out single, Dem A Bawl is currently climbing the charts –CVMTV‘s Top 10 Hit List, at the #6 position on TVJ’s Video Alley, #7 on Tempo’s Pree Dis, #12 on Richie-B, #13 on the Hype TV, #15 on OutAroad /MDTV and bubbling in the #2 position on Stampede’s Street Chart.

Founded in 1996, the MOBO (Music Of Black Origin Awards) Organisation was established by Kanya King MBE to recognise the outstanding achievements of artists who perform music in genres ranging from Gospel, Jazz, RnB, Soul, Reggae to Hip Hop. Over the past 17 years MOBO has played an instrumental role in elevating black music and culture to mainstream popular status in the UK. 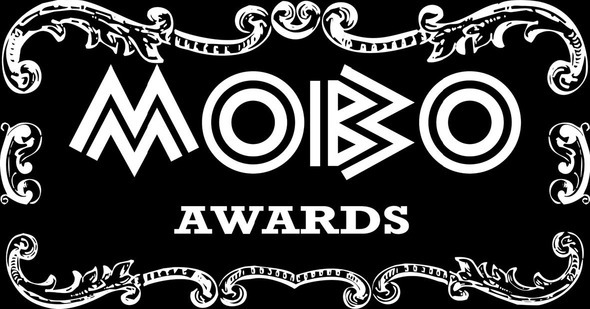 Following a rich tradition of bringing the best concert events to Brooklyn for years, the Brooklyn Music Festival returns with a Labor Day lineup that is sure to please the Caribbean massive. Aptly titled Monday Madness, the biggest show in New York City this Labor Day holiday is set to go down in Brooklyn, NY – a mecca for Caribbean music lovers. Promoter Daddy Grace Entertainment sought out the hottest acts to truly celebrate New York’s West Indian Day/Labor Day Parade with none other than the ‘King of Soca’ himself, Machel Montano, along with dancehall icon Mr. Vegas.

Machel Montano and Mr. Vegas share a similar history of producing quality Caribbean music since the very beginning of their careers, both boasting catalogs that have set the standard in their respective genres. Montano, a soca star from childhood, is known as the ultimate performer for carnival celebrations worldwide and is, in fact, the reigning Soca Monarch and Road March King in his homeland, Trinidad. He’s credited for placing soca music on the worldwide map. Whereas, Mr. Vegas has consistently pushed the boundaries between dancehall and soca, and is hailed as the best Jamaican act to ever do so. His hybrid of dancehall and soca music has become his trademark. Soca fans look forward to his music as much as their own native sounds, during carnival season.

Montano and Vegas will be joined on stage by friends from both the soca and dancehall worlds, such as Farmer Nappy, Lyrical, Gold Duss, Wild Fire and Khristopher, with a few surprises also planned for concert-goers.

“It’s New York City Carnival and everyone celebrates across the city, the entire weekend, but we are the only concert that will bring you the true essence of carnival,” states promoter Vanmyke of Daddy Grace Entertainment. “Plus we are doing it on the actual Labor Day with Monday Madness, so we’re inviting everyone to come out and celebrate carnival with us, and truly enjoy your holiday.” The concert also marks Montano’s very last appearance in New York City for the summer.

The concert takes place at the Sesame Flyer Pan Yard, located at 1020 East 48th Street (corner of Farragut Road & East 48th Street), in Brooklyn, New York. Doors open at 4pm. Advance tickets for $20 and $25 are now sold out; tickets are currently $30 and will be more at the door. It is proudly sponsored by Western Union and food vendors will be on site, making it a fun-filled event for the entire family.