The superstar talks about his recently released album entitled “It All Comes Back to Love.” The project was executive produced by Shaggy.
We preview the album’s title track “It All Comes Back To Love” and “My Pillow’ which sound classic.
Listen for “It’s a Summertime Vibe” feat. Bounty Killer, and Maxi’s favorite cut, “The Bridge You Burn.”
Also, “Cool Nuh” with Shaggy, and “Anything You Want” with Estelle and Anthony Hamilton. Maxi takes us back to his early days in East London lifting speaker boxes. The singer walks us through an evolution forged in London’s sound system scene.
He was the first reggae artist to have a No. 1 hit worldwide, including the U.S. Billboard charts. There’s so much to learn from this fun conversation with the living legend, Maxi Priest. 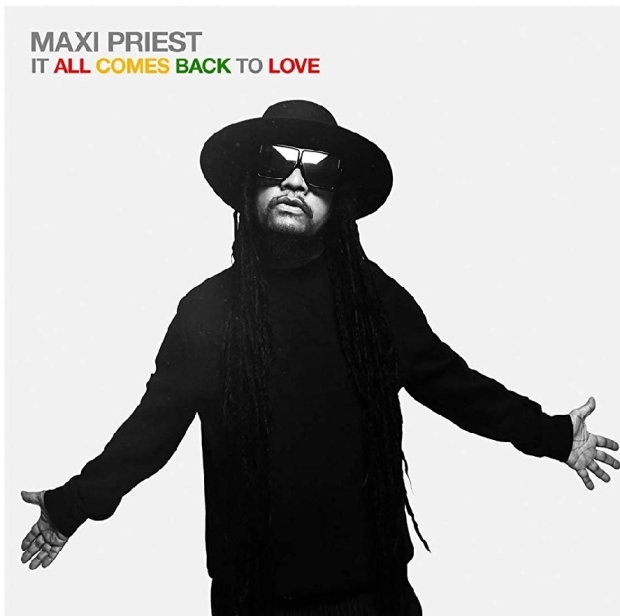 Kahlil Wonda and AGARD list their top Reggae and Afro-Caribbean selections for summer 2019.

What recent releases will you be rocking this Summer?  Email: reggaeloverpodcast at gmail dot com.

Curated mix featuring some of this years best releases within the Lovers Rock reggae category.

Like Loading...
by kahlil wonda events, Interviews, Mixtapes, News, Podcasts, reggae, Reggae Lover Podcast • Tags: Album Release, Event, Interview, Journey to greatness, mix, mixtape, New Music, podcast, ras fraser jr, ras fraser junior, roots, show love
I had the chance to interview Ras Fraser Jr. on episode 98 of my podcast and I’m thrilled to be following up now with a mixtape project. Episode 109 features Ras Fraser Jr. in the mix for over 40 minutes. If you have listened, What are your thoughts? How were you feeling after hearing the mix? Fraser’s music puts me in the mood to show love. That’s really the vibe I want to share. As such, I want to make sure I do my part to spread the message. Ras Fraser Jr. is a serious songwriter, singer, DJ, musician, and artist. Look for his upcoming mixtape. The selection includes exclusive songs that only can be played by me along with tracks from the new album “Journey to Greatness.”
Journey to Greatness, released on the Rebel Sound Records imprint, is available everywhere that music can be purchased. Don’t sleep on this talent. Go buy some songs. Buy the album, Journey to Greatness. 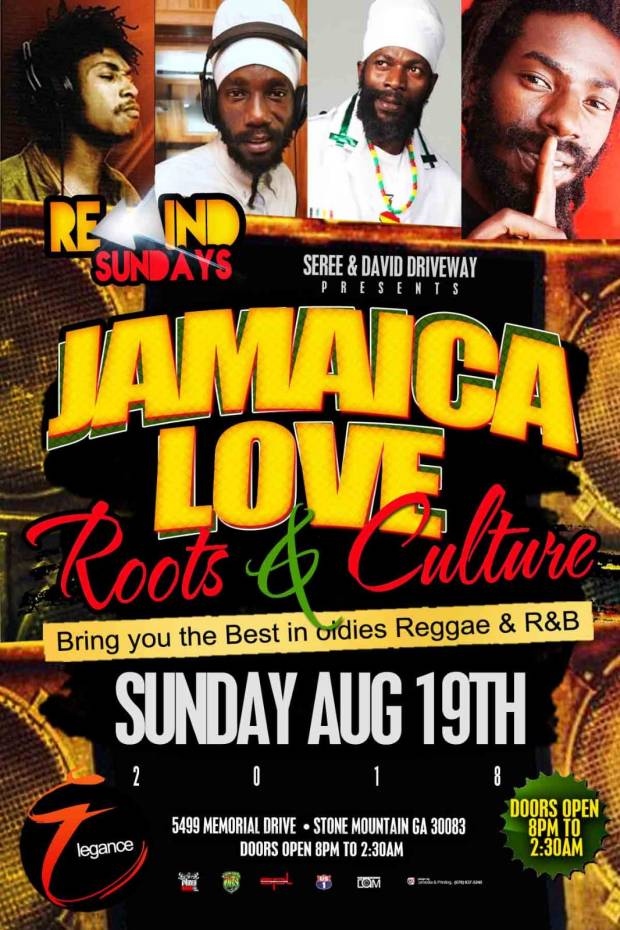 Kim Phillips, son of Glen Adams, has just released two powerful reggae songs, both performed by veteran reggae artist Frankie Paul and produced by Glen Adams prior to his death. 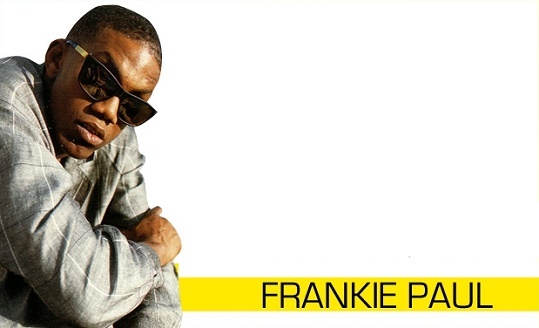 The first track, titled “out in the deep,” is an inspirational record that deals with his – Frankie Paul’s – spiritual tenacity; While the second song, “too much guns” addresses the issue of gun control and/or the lack thereof.

Frustrated by all the violence taking place all over the world, Kim Phillips decided that it was time to share unreleased records from his father’s extensive catalogue, which is filled with the type of message-music needed for this day and age.

Both tracks are being released on his newly formed label, Capo-Landmark Music, which is a spin off from Glen Adams’ Capo label from the seventies. Both songs can be streamed via the YouTube links below and DJs are invited to email mariajacksonent@gmail.com for promo mp3s.

Frankie Paul – Out in the Deep: https://www.youtube.com/watch?v=3RWujttOQQ8

Frankie Paul – Too Much Guns: https://www.youtube.com/watch?v=C-5svkeareE

Michael ‘Que’ Nugent, an engineer/producer who has done work with artists such as Sizzla Kalonji, Lt. Stitchie and many other great Jamaican acts, has re-entered the music business after a very long hiatus.

Que, as he is affectionately called by his colleagues in the industry, this week, released the “Cyber World Riddim.” This is a four track compilation featuring Omar Perry, son of the legendary Lee ‘Scratch’ Perry, Karamanti, Tasha T and Blessed. The songs are currently only available to disc-jockeys as the official digital retail date has not yet been announced.

Stream all songs on the Cyber World Riddim via this link . DJs may email mariajacksonent@gmail.com for the promo mp3s.

Veteran selector and producer Rorystonelove, who produced Jah9’s exceptional and acclaimed debut album New Name, has sneaked out two strong one riddim EP’s over the past months. Both Braveheart and Zeen are outstanding and superbly arranged.

Zeen comes with seven cuts and includes strong cuts from and number of up and coming singers, including Jesse Royal, Skygrass and Samory I, who’s Take Me Oh Jah was listed on Reggaemani’s best tunes in 2015 so far.

Braveheart comes with a statement. It includes six songs. All sung by female vocalists and no one is particularly well-known. But all cuts are minor masterpieces, especially Mamad’s Do Your Best, Racquel Jones’ Inna Di Giddeon and Kristine Alicia’s Freedom Fighter.

These sets have been released with virtually no marketing or promotion, so don’t worry if you haven’t heard about them.

This single,  like ‘Who Knows’ is produced by Winta James.  Shouts out to Overstand Entertainment and the In.Digg.Nation Collective. 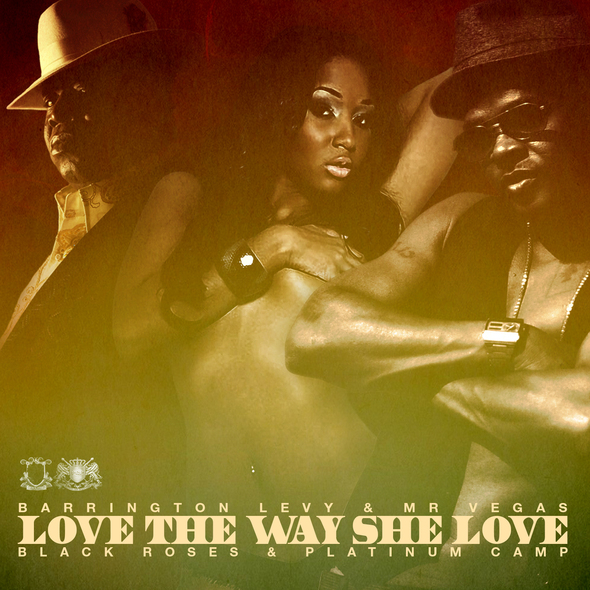 Preparing for the Album Release at Alife

Unless you have been living under a rock for the past few years, you should know that there is a new star on the rise.  That star is Drake.  Regardless of how you feel about his rhymes, flow, singing or appearance, you have to admit that he’s at the top right now.  There is no doubt that Drake can pack an arena, but on Monday evening a select few, 200 hundred people, were chosen to have an audience with Drake at Alife in lower Manhattan.  For Drake it was nostalgic to go back to the store where he use to hang and drink when he was trying to come up.  I have to say, for a Monday night, the event was a great way to kick off the week.  Those in attendance were able to be up close and personal with the Canadian star.  They were treated to audio from his new album “Thank Me Later” and an impromptu performance.  The names of those in attendance are too many to count, but there was definitely an electricity moving through the crowd.

I know that when it was time for Jay White, Brad Digital, and myself to leave for business, it was a reluctant move.  However, I was appreciative of the opportunity to usher in Drake’s album with him and a select few others.  Good luck Drake.

– Your Man on the Street