House of Shem a 7 piece reggae band out of New Zealand is an exciting blend of talent sharing a solid bloodline and a passion for music with a mission. 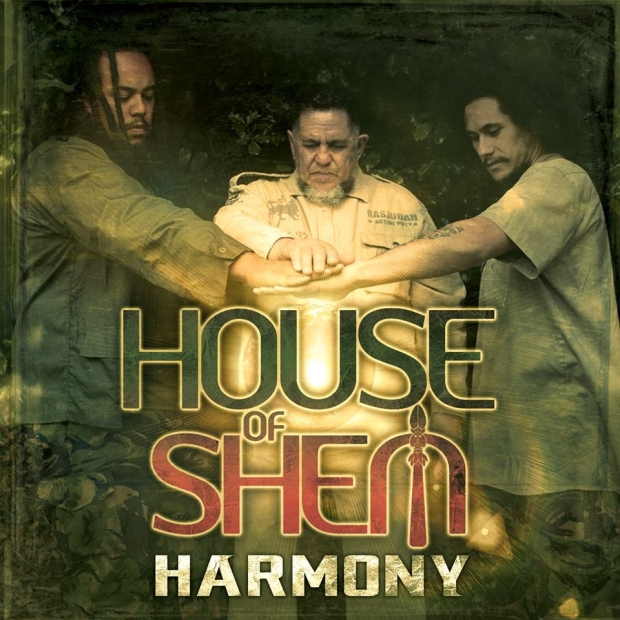 House of Shem has enjoyed hit singles ‘Keep Rising,’ ‘Dreams’ and ‘What about the Children’ which have been included in the “Conscious Roots series 1, 2 & 3.”

They have also appeared on main stage at the Nga Puhi Festival, Raglan Soundsplash Festival 06 & 07, Parihaka Peace Festival 06 07 &08, One Love, & The Mighty Raggamuffin festival with UB40, THE WAILERS & MAXI PRIEST.

Beres Hammond’s new album One Love, One Life reaches  #1 on U.S. Billboard Reggae Chart after five weeks in the market. One Love, One Life (VP/Harmony House Records) has been Top 5 on the Reggae albums chart since its November 13th release, with sales climbing the past two weeks.

This success comes off the heels of his recent U.S. concert performances at Brooklyn’s Barclays Arena on December 12 and Hard Rock Cafe in Ft. Lauderdale, FL on December 14. While in New York City, Beres also sat in with The Roots on December 11 to make his national late night television debut on NBC’s Late Night with Jimmy Fallon.

“Beres’ touring and the national media exposure played a major role in this increase” states Aaron Talbert, Vice President of Sales & Marketing for VP Records. “CD sales at the venues and the in store appearances in New York and Miami really put the album in front of the fans,” he adds.

“We hope to continue the momentum through Christmas and into 2013. “We are happy and proud to see Beres at the top of the chart,” states VP Records President Chris Chin.

One Love, One Life is Beres Hammond’s first studio album since One Moment In Time released in 2008 on VP/ Harmony House Records.  Beres had a hand in producing 19 of the 20 songs one this new double-disc collection. The first disc One Love includes his signature classic lover’s rock sound on new singles like “No Candle Light” and “Keep Me Warm,” while the second disc One Life contains more of his socially-conscious, spiritually-empowering tunes including “You Stand Alone,” “Truth Will Live On” and “Prime Time.”

Coming soon is a brand new Beres Hammond studio album entitled “One Love , One Life.”  Beres Hammond is a master of romance, delivering smooth vocals over easy riddims on his upcoming 20 song, 2 CD release titled “One Love, One Life” (in stores November 13).  The tracks offer different versions of the winning Beres Hammond formula of soulful phrasing and memorable hooks.