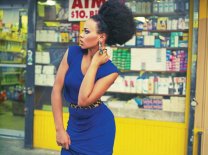 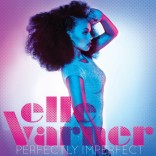 “Growing up in the studio was absolutely normal for me, but looking back, I realize that it’s not a very common environment for a kid,” Elle says.

With the release of her debut album, Perfectly Imperfect (MBK Entertainment/RCA Records), which she wrote and co-produced, it’s evident that her early experiences have served her well. Crafting the album also proved to be a full-circle moment for the 22-year-old singer/songwriter as she enlisted the help of her parents – Jimmy Varner and Mikelyn Roderick – both of whom contributed their production and vocal arrangement talents and pushed Elle toward, and beyond, the bounds of her creativity. When asked to describe her feelings about the finished product, Elle takes a moment to ponder the question.

“I can honestly say that I’m in love with every song on this album,” she says, matter-of-factly.

Leading the 12-song set is the flirty, funky single, “Only Wanna Give It To You,” produced by Pop & Oak and featuring J. Cole.