A discussion on Sound clash culture in 2020.

Listen for analysis of what’s been going on with sound clash culture in 2020 and predictions of where we see things going in the future based on key indicators like dubplate cutting, the lack of youth in the arena, and more.

This is for others who share a passion for sound clash and listeners who have the slightest curiosity. Read on for a collection of sound clash culture-related resources and links in one place.

Among the themes discussed on this sound clash culture in 2020 episode:

For the full show notes including Buzzworthy, The Tastemaker segment, plus Sound Clash Resources and links, visit ReggaeLover.com

Talking about what’s going on in the business as we all continue adjusting to being locked down.

Support this podcast at — https://redcircle.com/reggae-lover/donations

This episode explores the current trend of celebrity producers and song-writers going live and competing in pseudo-soundclash fashion.

Selectors are juggling live and clashing on social media channels like never before.  The music industry must continue to thrive using the technology that’s available whether through live content, on-demand, or both.  The lock-down situation will no doubt push the limits of what’s possible.

Support this podcast at — https://app.redcircle.com/reggae-lover/donations
…

An exclusive in-depth interview with selectors Killa Boo and King Pin of King Addies. King Addies is an International Sound System created in 1983 in Brooklyn, New York City. They remain a force to reckon with in the sound clash arena and a top choice for juggling. 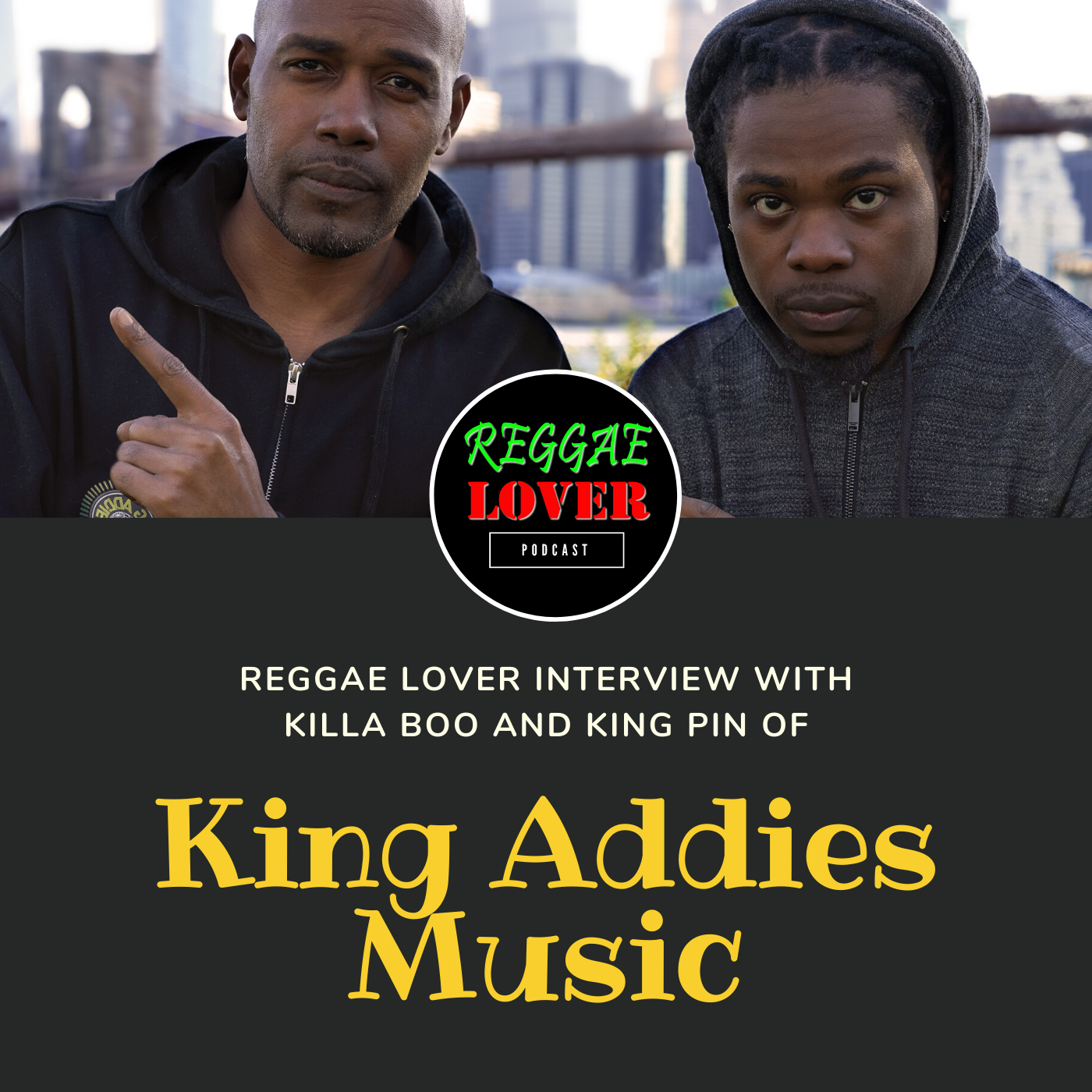 This episode of the Reggae Lover podcast produced by Highlanda Sound features a discussion with top-rated reggae promoter and videographer David “Driveway Cam.”

Driveway shares best practices for networking, marketing, and building a community using social media.  We talk about his passion for dancehall culture, the mission to showcase Atlanta talent, and much more.

If you want a movement to go a certain way you need other people to help you get there.  It is never on yourself.

No matter how much blood sweat and tears you put into it, If you don’t have a team or supporters, you only can go so far.

It’s a marketing strategy.  If people know you’re willing to support them, then they’re more likely to support you.

DURING THE INTERVIEW WE TOUCHED ON:

This Reggae Lover episode is about the global state of sound clash in 2019. Our special guest is Dr. Rock, host of Front Lines, the West Coast’s only Sound Clash talk show. 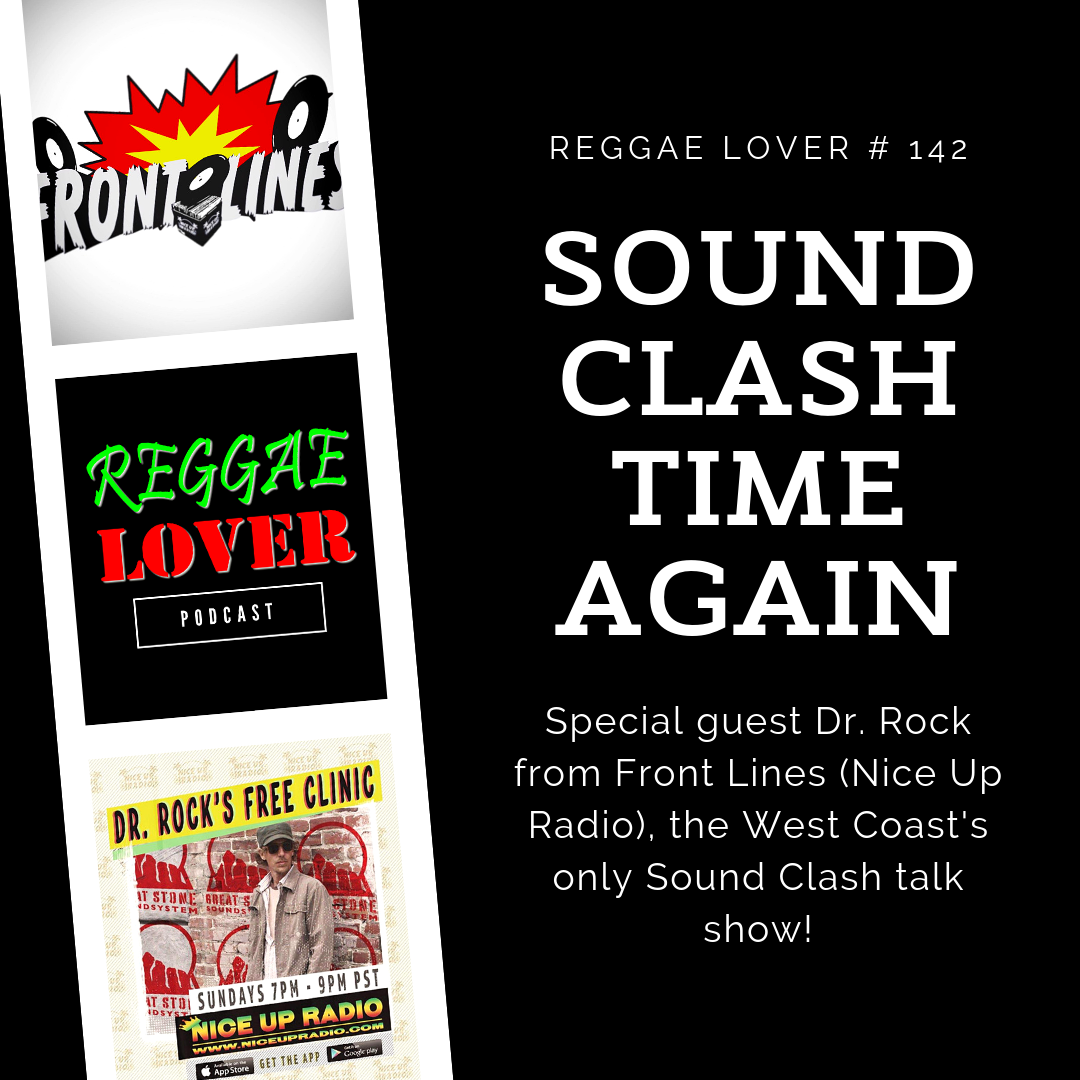 Dr. Rock is the selector behind Great Stone Sound and has studied the game for 30+ years. He hosts two radio shows on the Portland, Oregon based internet station, Nice Up Radio. You can hear him on Front Lines (Thursdays 7-9pm PST) and Dr. Rock’s Free Clinic (Sundays 7-9pm PST).

“There’s something so pure about the sound clash, the dubplate, and the dubplate forward. It is almost religious in its effect. When you see it, you want to share it with people.”

Once one of Kingston’s most sought after selectors, Webba talks about his time playing some of Jamaica’s top sound systems including Stone Love, Metro Media, Black Stone, and African Star.

We talk about how he got his start in music, why he transitioned to promoting reggae events, and more. Catch all the stories and insights in this fun Reggae Lover interview.

We clarify some things that we’ve mentioned in the last three episodes and define a number of sound system related terms. AGARD and I each share stories about how we got introduced to sound system culture and offer pointers for up-and-coming selectors.

Click links below for other favorite ways to listen: 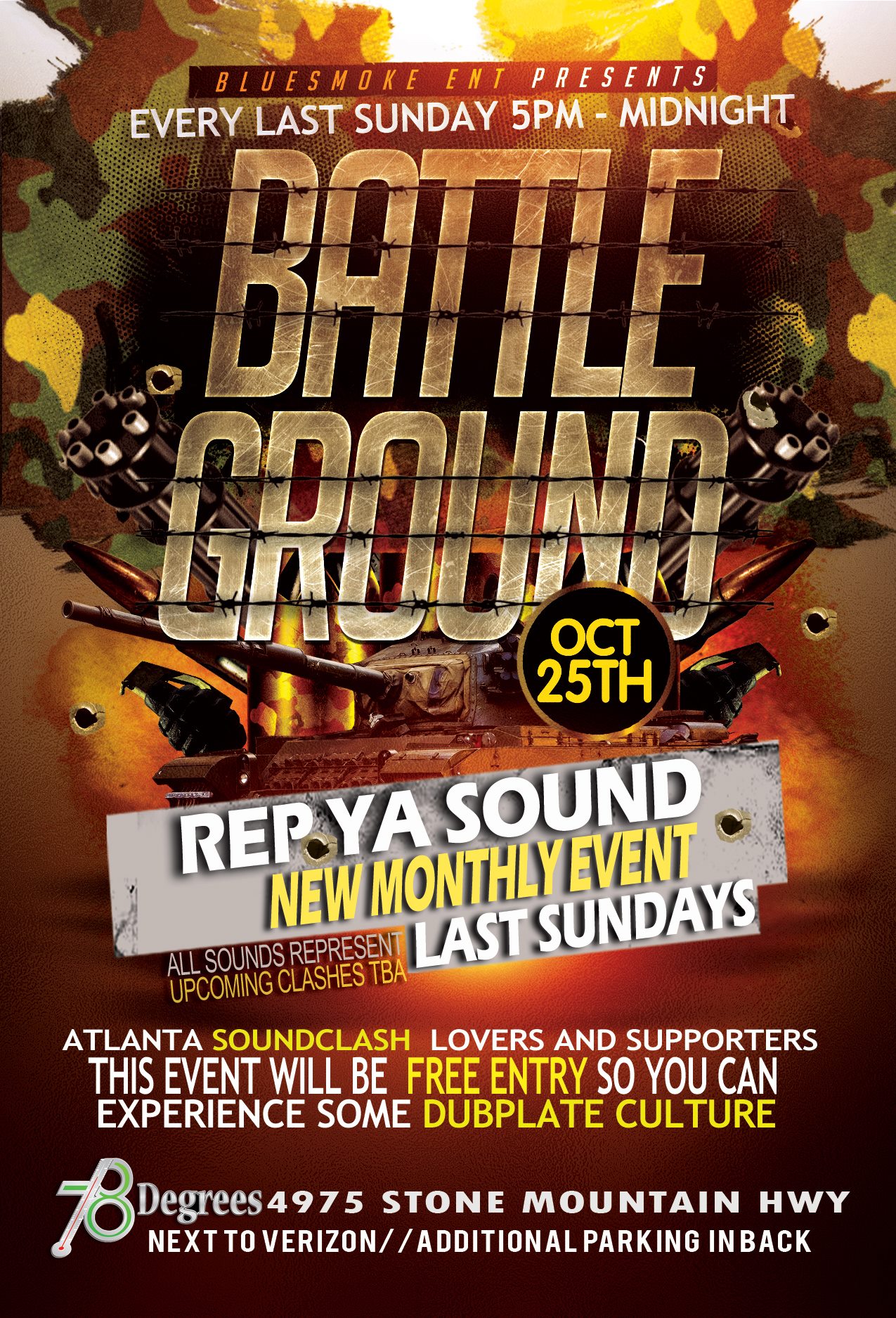 It’s been an iconic month for the sound system industry, as two giants have joined forces; Caribbean entertainment gurus Irish and Chin and legendary “Kings of Clash” King Addies.

The announcement has created an enormous buzz among sound system and dancehall fans, especially diehard Addies followers.  Irish and Chin’s addition of King Addies to their management roster further solidifies the goals of their Campaign R.E.S.E.T. (Restoring Exciting Soundsystem Entertainment Together), namely the aim of creating a unified playing field for clash and juggling sounds.

“I am more than honored to be officially working with King Addies, a sound that I grew up following and emulating when I was young,” says Garfield “Chin” Bourne of irish and Chin. “I have the utmost respect for King Addies. Frankly, everyone on my team is excited about this addition to our management roster and prides themselves with the role we will play in their growth.”

While Irish and Chin has laid out many worthwhile future plans for King Addies, it’s global touring and international competitions that will take precedence. Irish and Chin would like to secure worldwide bookings and tours for King Addies, which will ultimately expand their presence and fanbase. This historical sound should be afforded infinite opportunities based on their undeniable impact on the Caribbean diaspora. Among numerous accomplishments, Irish and Chin has successfully marketed and managed Mighty Crown for over 13 years, resulting in global exposure, huge endorsements and high profile performances. The Caribbean entertainment firm plans to create a marketing strategy for King Addies, which will enable them to reach their full potential.

“I own one of the world’s greatest sounds. King Addies is my lifelong investment and passion and I would like to see my sound remain relevant for years to come, ” says Eton, King Addies’ Owner. “Working with Irish and Chin is the best way to move forward.”

Without any question, King Addies is credited for being the “architect” of high caliber style clashing. Their intense activity and track record during the Biltmore “Golden Era” of sound clash (a period in America that ranged from the 80’s to the 90’s) is unprecedented and heralded by nearly every selector, sound system and clash fan in the arena. It’s King Addies style that has served as the blueprint for American clash culture. The future of King Addies sound is just as bright as it’s illustrious past. The sound has been refreshed with new faces that boast the talent and skills to carry on it’s huge legacy. The sound’s lineup includes King Pin, Killa Bo, A1 and Swugee Don. 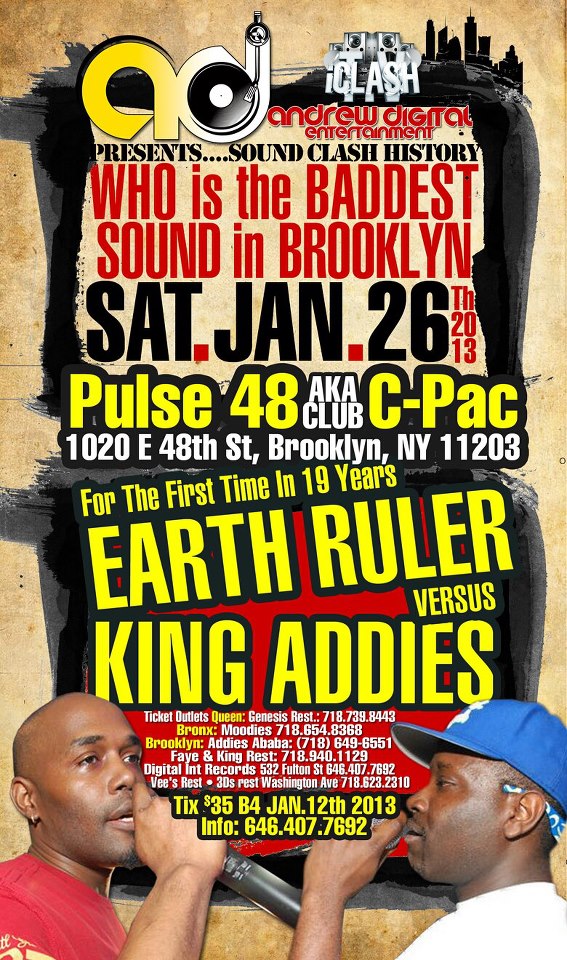 For many dancehall reggae stars, breaking out of Jamaica’s local sound clash scene to the glitzy glossed over stages in America is dream achieved by very few. Most recall Sean Paul’s ascension to fame, where he was able to blow smoke in the face of censorship and sneak his pro-pot patois onto radio waves, and become the sound of Spring Break ‘03. But for every radio friendly star that ascends from the island to pop status, there are artists who carry the genre, encapsulating dancehall’s 80s vibes and mixing it with contemporary flair, skewing the border between “culture” jams and a hardcore tunes.

On his sophomore effort, Mr. Brooks, Mavado accomplishes that feat by carefully walking the line between conscious topics such as enlightenment (”Don’t Worry”) and detailing intensely ferocious moments of violence (”Nah Bleach Wid Cream”). By weaving illicit, raunchy sex tales (”Ina Di Car Back”), he also sordidly covers dancehall’s favorite topic, with the same tenacity that helped him become a breakout star with his debut album, 2007’s Gangsta for Life: The Symphony of David Brooks.

Segueing his signature ballad introductions into triumphant, fevered chats, Mr. Brooks finds Mavado effortlessly riding a collection of riddims that can be sonically disturbing to those unfamiliar with real dancehall’s uniquely stripped down sound. On the album’s stand out track, “So Special” he takes the “Unfinished Business” riddim (which lifts the refrain of producer’s Dave Kelly’s famed “Showtime” track) to new heights, crafting a cut that demands a flurry of rewinds after the conclusion of the first verse.

Though it is unlikely that Mavado will be dominating the primetime radio stations anytime soon like Sean Paul did, the vivid illustrations of roots, reality and culture heard in Mr. Brooks, are poignant enough to be on par with some of modern dancehall’s most diverse offerings and should be played on a sound set of any size.