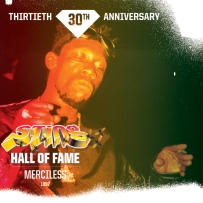 If you can’t make it to the venue in Jamaica for this historic event, watch online or via Pay-Per-View from anywhere in the world. 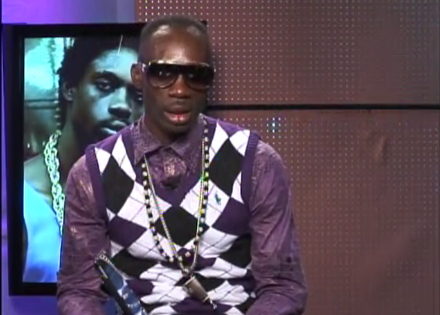 After confirming that this year will be his last Sting performance, the “Don Gorgon” Ninja Man is setting his sights on the opening of his new business venture.

Like Loading...
by kahlil wonda News, reggae • Tags: bounty killer, dancehall, Isaiah Laing, Jamworld, Nyammy Lee, Sting, Tommy Lee, Tommy Lee Sparta
Supreme Promotions head honcho, Isaiah Laing has confirmed seven top acts for his big show down on boxing day, December 26th.  This year’s staging of dancehall’s greatest show over the globe, is anticipated to be the most elaborate staging ever.  The initial announcement confirmed the hottest commodity, Tommy Lee Sparta to headline the event.  This single entertainer is now the target that several artistes are firing lyrical shots at.  A whirlwind of lyrical warfare is adding more heat to the fire expected to blaze at Sting for the ultimate face off.

The lucky seven that are already signed for the Jamworld explosion include now rivals, Tommy Lee Sparta and Bounty Killa.  Tommy Lee Sparta out of respect initially steered away from a confrontation with the Killa.  This week’s new release, “Nyammy Lee” has pushed Uncle Demon back into war mode.  In an interview with The Weekend Star the Spartan King said,

“Why me can’t be a demon, why me can’t be that character.  Killa can’t study me, him can’t drain mi energy.  This morning mi wake up see new song name Nyammy Lee.  A who him a call so?  Mi huh fear him, that a mash potato and bully beef.  Anything a anything over Sting!”

City view from the Tower of the Wyndham Kingston

Joe Bogdanivich of Downsound Records steps in to try solve the current situation between Bounty Killer and promoter Isiah Laing in relation to this year’s Sting concert in Jamaica on boxing day.

Mavado discusses past successes and upcoming projects including the new album to be released in March entitled Mr. Brooks… A Better Tomorrow.

Vybz Kartel has released yet another dis song aimed at Mavado and the Alliance Crew. This one is titled “Pon Di Gaza” and is on Portmore Empire producer Not Nice’s revamped Taxi riddim. Despite being soundly booed when he did it during the clash with Mavado at Sting, Kartel has once again made references to Mavado’s mother in this new tune.

Interviewed pon the gullyside, Mavado sets the record straight, commenting on his beef with Vybz Kartel and setting the stage for Sting 2008. Big ups to yourradio105.com. Find other interesting blogs at http://www.condron.us