This event was crazy fun! It was 90-100 degrees in ATL, but I’m not complaining – I love the summer vibes.  I played familiar songs to set the pace, and then featured new music (nuff Lila Ike, new Buju, Koffee, Tarrus Riley etc.) for the last half of my round.

I'm grateful @atlreggaeinthepark Thanks for having me on the #BeREGGAE stage. If you missed my set… Http://SoundCloud/highlanda has the audio!!! #alwaysforthepeople #manycultures #onedestination #reggaemusic #goodvibezonly #countdown Go listen to the audio. #good #reggae #selector #BeReggae6 .. .. .. Reggae Lover is Now available on @pandora! Podcasts are only in the mobile app for now. Check us out and give a 👍🏿…….. . #Toprated #selectors #sounds #atlreggaeinthepark . . .Big up The sound boss @johnwaynemovements For the incredible Soundsystem we were able to enjoy.. .. #reggaelover #festival #reggae #celebration #party #music #dancehall #audience #crowd #dj #serato #dancehall #mc #stage #performance #highlandasound

With a Top 10 U.S. Billboard hit and combined single and album sales of over 35 million under their belt, American reggae heritage band Big Mountain returns with “Perfect Summer” on May 27.

After taking 10 years off from recording, Big Mountain teams up with VPAL, the distribution arm of the world’s leading reggae label VP Records, to give the world great music once again. Their new studio album Perfect Summer is a refreshing collection of their signature sound and features a stellar cover of The Beatles “Here Comes The Sun.” The group will also embark on a world tour in support of the album over the summer. Dates are TBA.

Big Mountain has an impressive catalog of hits and is internationally known for their 1994 iconic reggae cover of Peter Frampton‘s “Baby I Love Your Way.”

At the time, the song was featured in the blockbuster film Reality Bites, reached No. 6 on the U.S. Billboard Hot 100, No. 1 on Mainstream Top 40, and No. 2 in the UK. The single still continues to receive over 600,000 Spotify streams per month and is heard on the radio airwaves today. 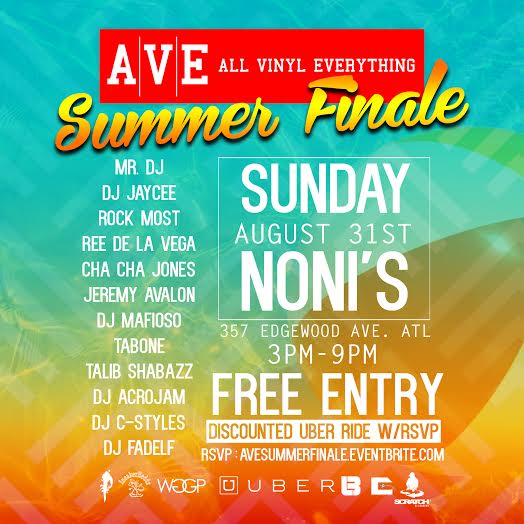 Sangria specials + Indoor and Outdoor Bar + Grab something off the grill!

As promised ĀGARD returns with his second snippet from an exclusive live set in Brooklyn, New York.  The last set was a “warm up” set.  This set starts out with a power packed Electronic Dance Music (EDM) set and moves into some Nu Disco.  Feel free to play, download, leave comments, and/or share.  Enjoy!